Alice Wright led from gun to tape to win the Sussex County Championship Under 20 title at the summer open meeting at Worthing ahead of a good field who tried to chase her down but were unable to make any impression on her lead.

At the same meeting there was also a win for Liam Dunne in the 800metres A race and Ravi Clark led the chasing pack who were fighting for medals in the Mens Under 17 Sussex 3000m championship race, but just lost out on 3rd place in a desperate sprint for the line.

Full results with plenty of Phoenix PB's will follow... 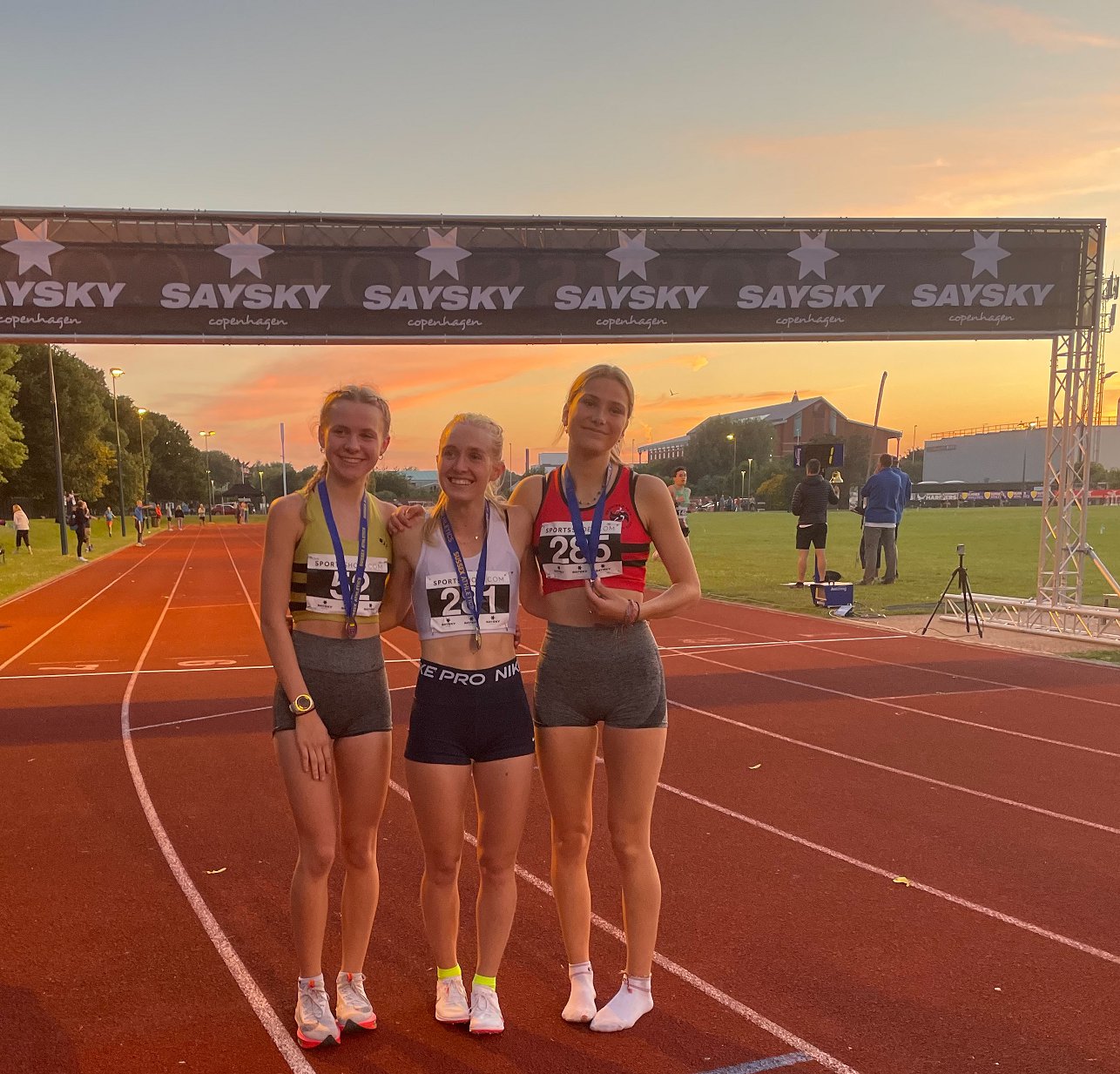 Alice with her gold medal