At least 9 Phoenix relay teams of 4 (as well as many other members running with groups of friends, or in random teams made up on the night) raced what seemed initially like a very awkward 2.5k route along Hove Prom and round the Lagoon. It even included a short dash through the kids play area while gates were held open! 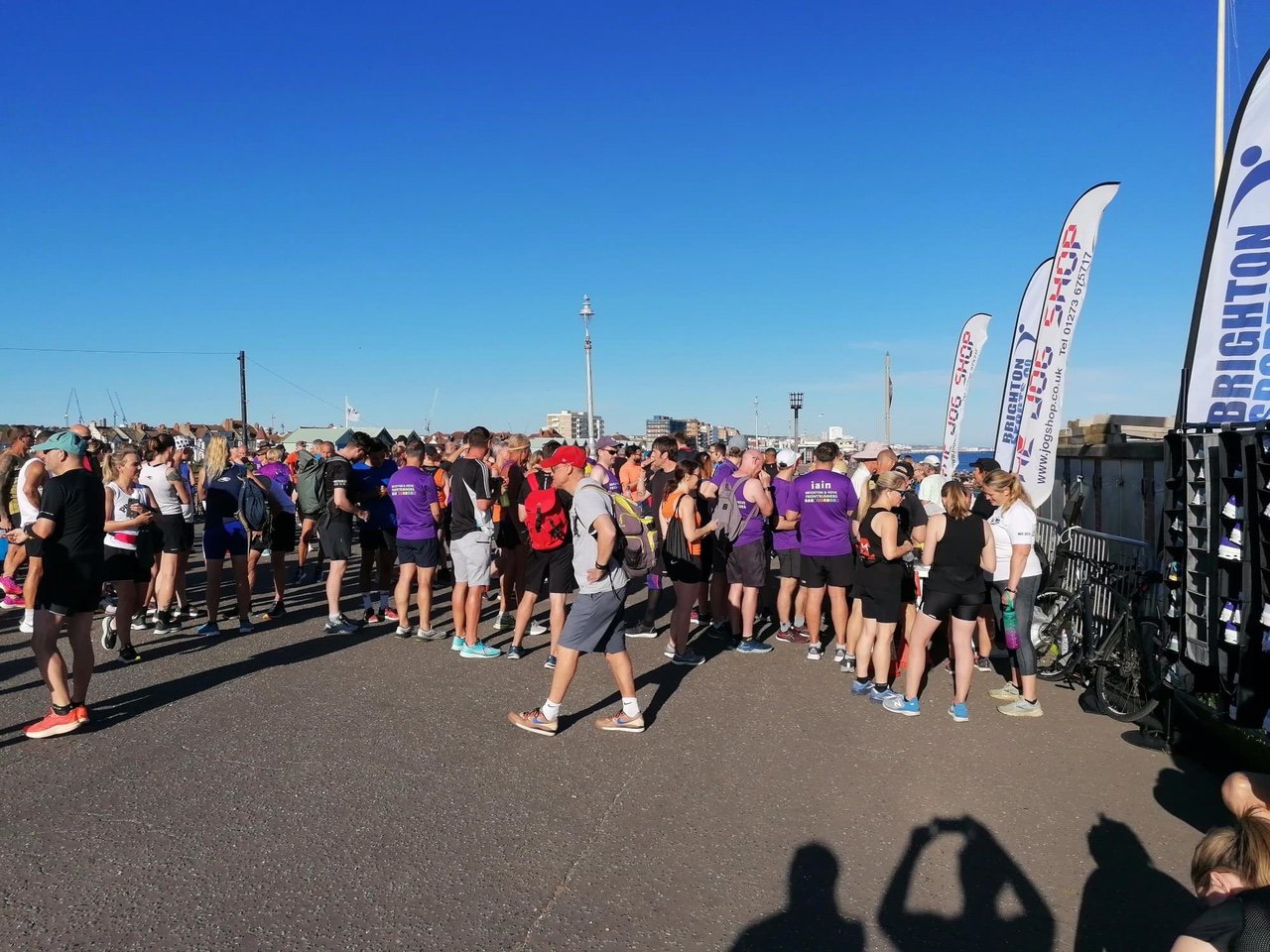 A busy Hove Prom above the Lagoon

The first runner runs the 2.5k loop handing over to the next, until the fourth completes the loop and then picks up their team mates to run the fifth loop together. Each loop involved running through a very crowded transition point twice. This and the course overall made for a very lively spectacle with a lot of team support and whooping. The team time is recorded when the last runner in the team (the weakest link) crosses the line. 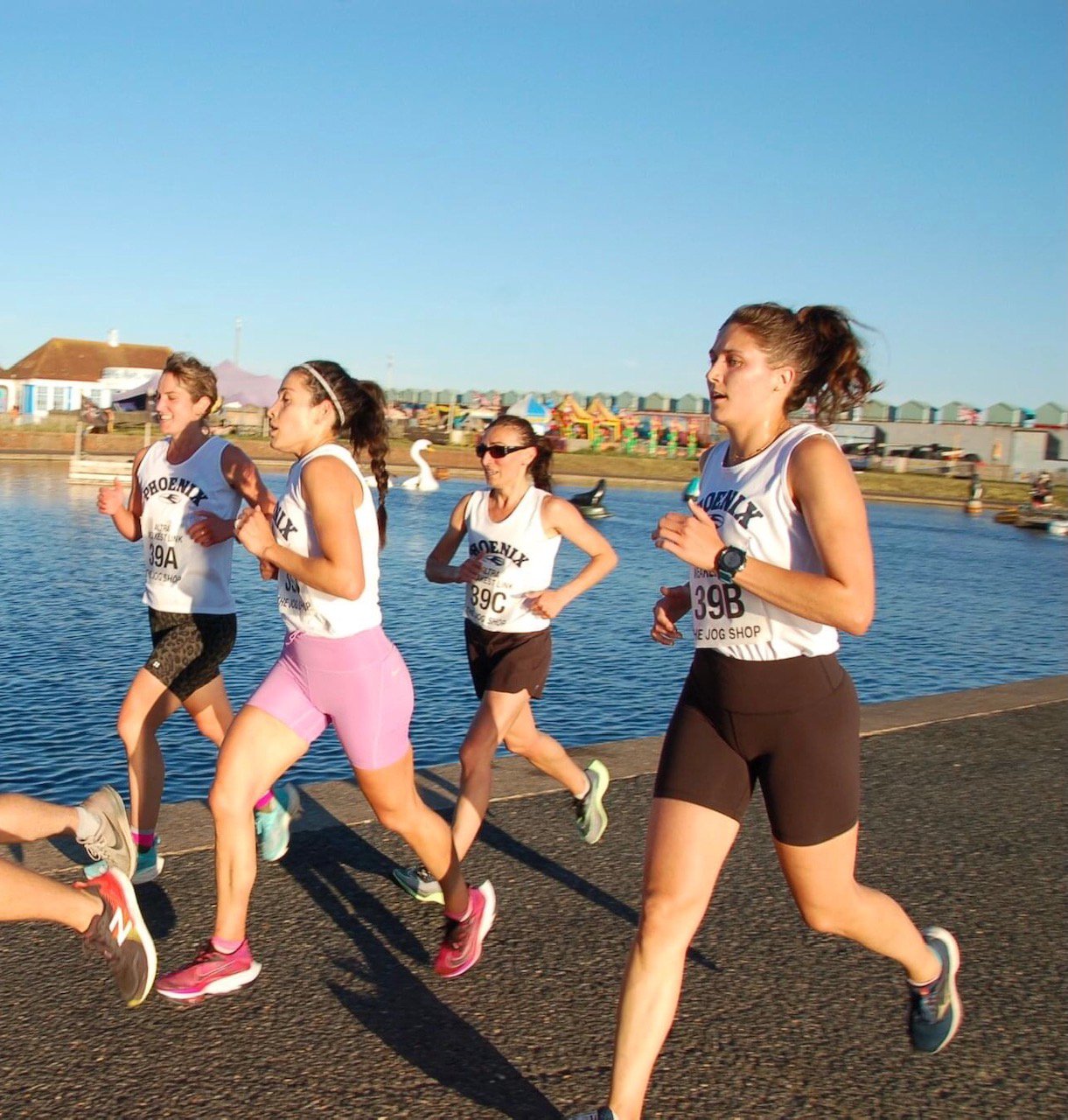 Phoenix took second place overall, and were only pipped to first place thanks to some interesting route selection by the winning team! Phoenix were also 4th and were the first all women team. Everyone raced hard and well. 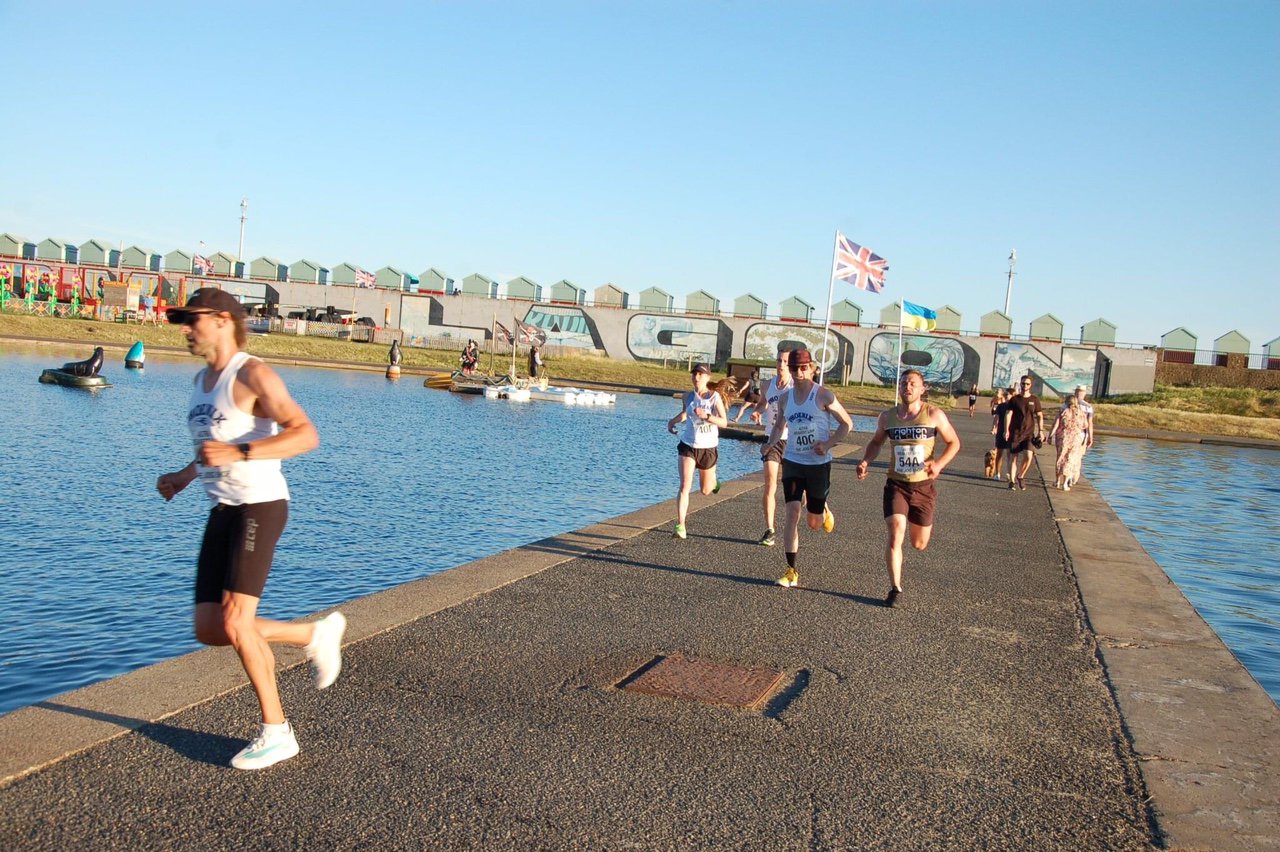 It was a fantastic evening all round and showed a great spirit in the club.

Full results will be added in the next day or two...