Ten Phoenix athletes entered the BMAF Virtual Mile that was held between 1-7 March. Running a mile anywhere you like in the race window.

There were a few stand out performances with Steve Atkinson, Adrian Haines and Paul Wishart coming third (out of 46 teams nationally) in the team event and Steve coming second, Adrian 4th and Paul 13th in the MV45-54 age group (out of 255). Doubly impressive given that all three are a year from turning 55!

And a special mention to Sara Burns completing an excellent run in 6.12 and 28th out of 107, as the sole female Phoenix representative! 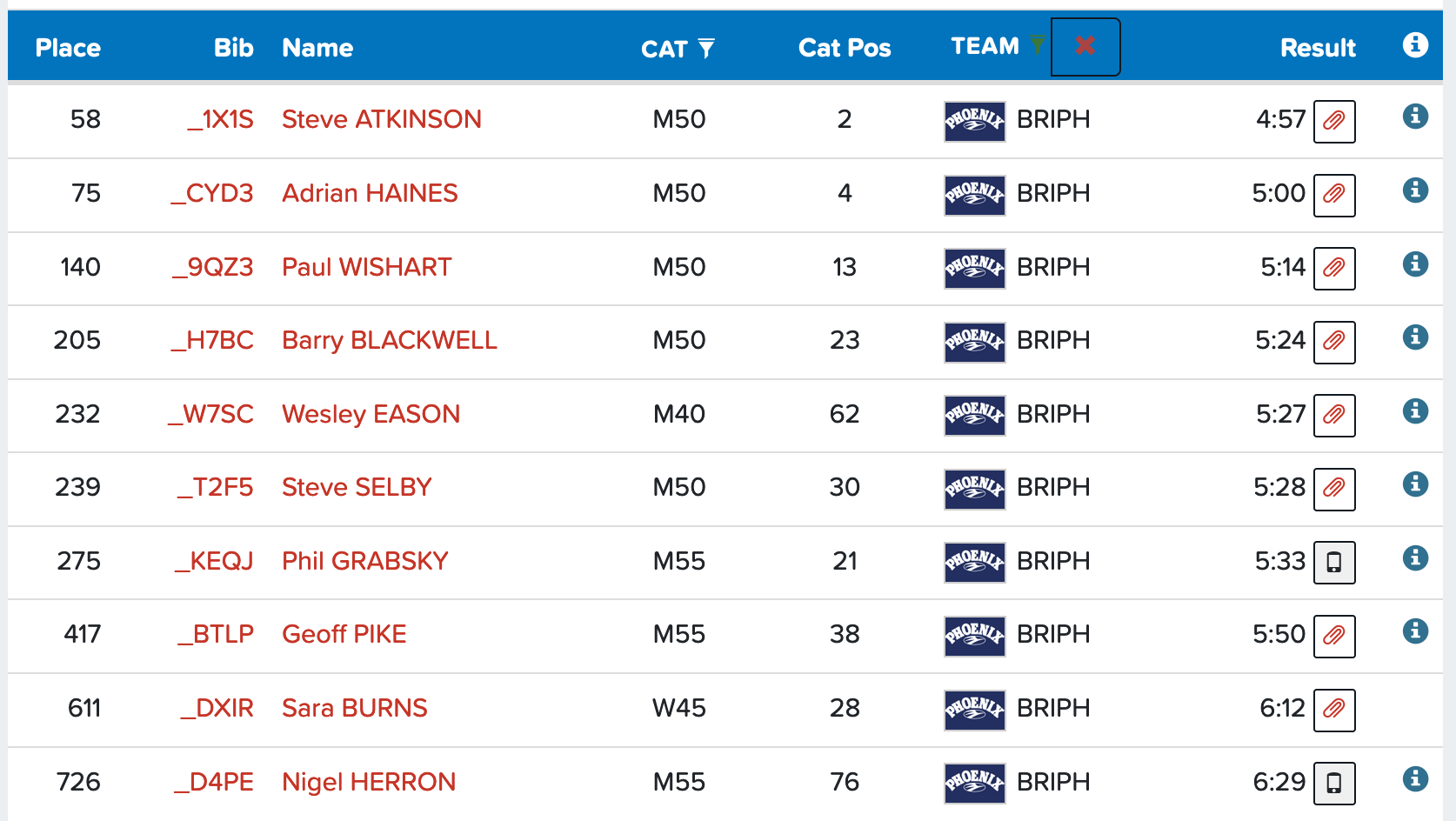