To many people ‘multisport’ means ‘triathlon’. This is perhaps reinforced by the main national bodies being labelled ‘triathlon’ federations despite embracing other endurance multisports that involve a combination of, but not exclusively, swimming, cycling and running...for example Winter Triathlon comes under the umbrella of the ITU (International Triathlon Union) and includes cross country skiing, as well as cycling and running. The list of event types appears to be growing all the time and I find I have to look some of them up from time to time to learn what is involved…e.g. Biathle (Run, Swim, Run) or Cross Duathlon (Mountain Biking and Trail Running)…who would've guessed?!

As I’ve reported before, the Multisport Virtual Race Series has given Phoenix multisport athletes, and others, a chance to try a form of racing in some of these events, often for the first time. This has included Aquabike (Swim, Bike), Aquathlon (Swim, Run), two different Triathlon distances (Sprint and Standard) and now this month Duathlon – last week Sprint and at end of the month Standard. 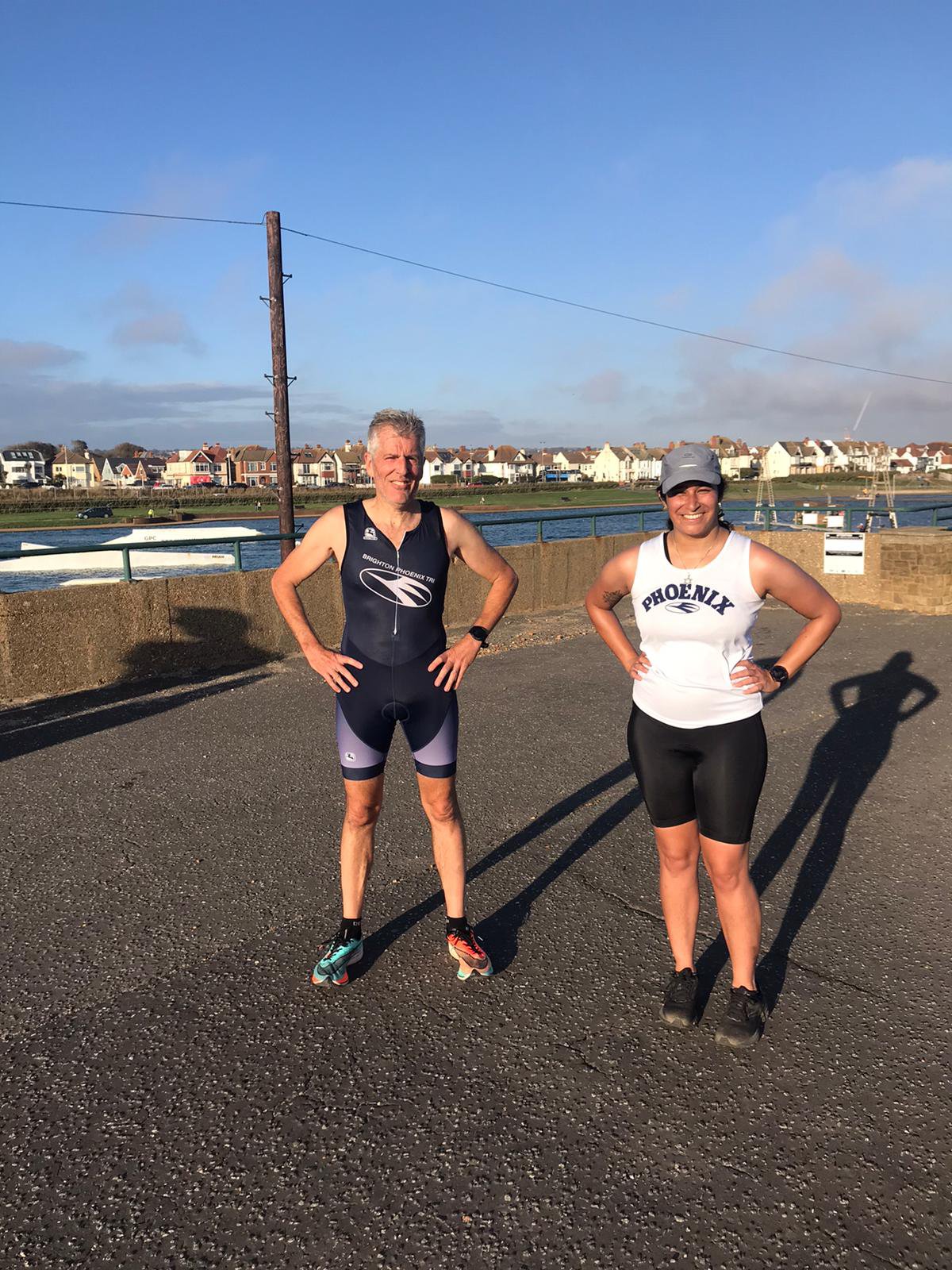 If there’s one thing that puts some people off multisport it’s swimming…so the sprint duathlon brought in a couple of people who had not taken part so far. However, there are other Phoenix athletes yet to take part who would make excellent duathletes…you know who you are! 😉

On to the Sprint Duathlon races. 14 of us put in an effort during the week (plus a few days extension to include Barry who was away during the week and Phil Grabsky making his MSVRS debut despite having put in a hard effort at the Kew 10k a few days earlier and having a busy week at work…there’s no stopping some!). MSVRS regulars Andrew Brooks, Jude Matthews, Hannah Felton, Gill Checkley, Eogan McKenna and me took to the Hove Prom and Basin Road, ably supported and encouraged by Geoff Manns who was injured, and Rex Matthews on bike security and photography duties. We are particularly grateful to people turning up to support and look after our bikes to enable us to demonstrate our less than slick transition skills. In my case Rex took no chances locking my bike to the railings only to forget the combination when I came to needing it…preferable though to turning up in transition to find your bike missing and did give me a much-needed breather! 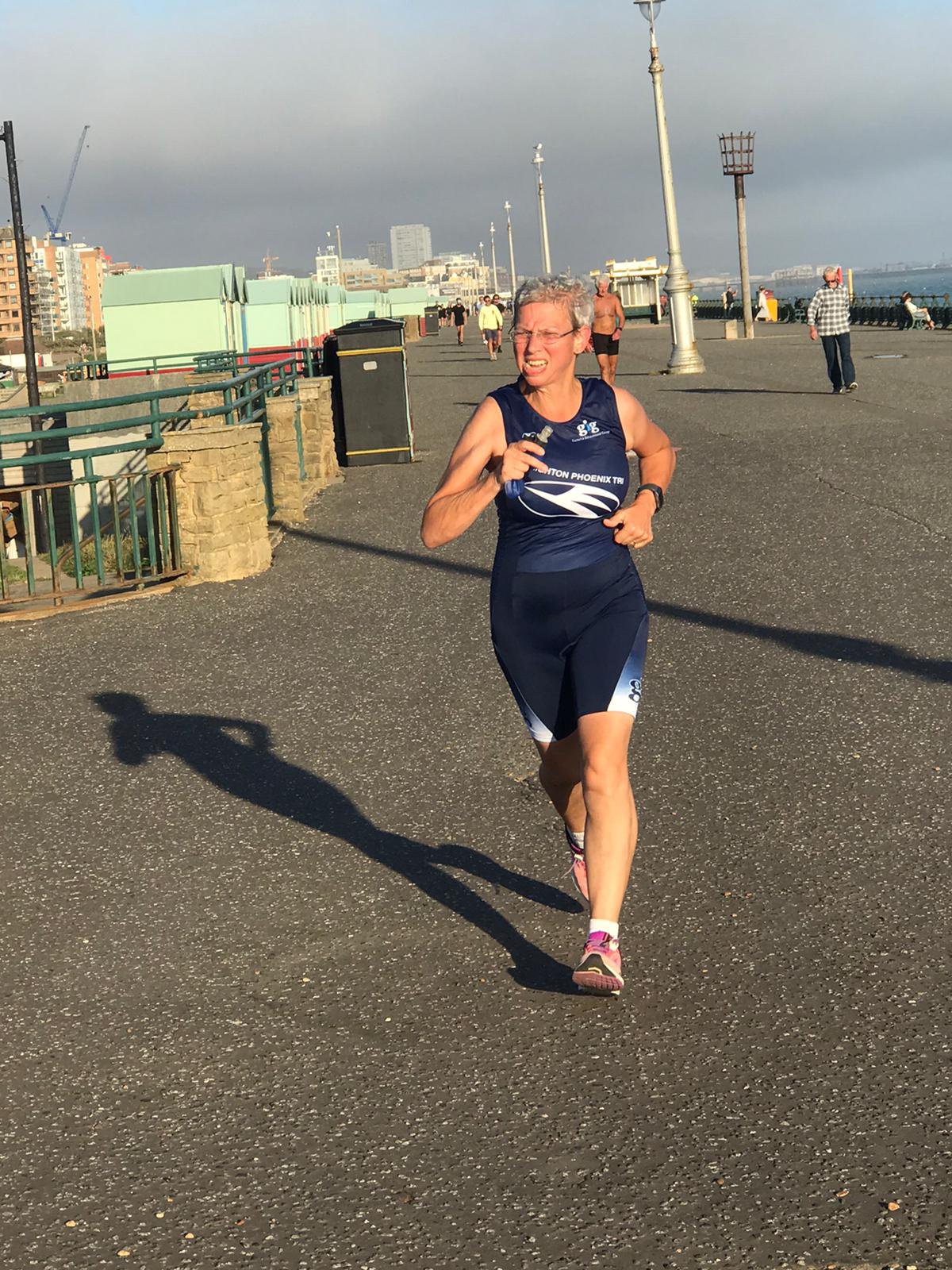 We all had a good race in perfect conditions on the Hove prom with several of us racing our first-ever duathlons. The following days ushered in a series of impressive performances. In the men Tom Sanderson won, pipping Alex Bonzi by less than a minute…although to be fair Alex’s elapsed time was 1 hr 10 while Tom took a little more advantage of the ‘long transitions’! But rules are rules, Tom wins and Malcolm (Hughes) was relegated to a mere Bronze medal! Barry (whose running especially but also bike has improved a lot in recent weeks), Geoff, Phil and Andrew followed, all within a few minutes of each other, and finally, Eogan, who includes his transitions due to ‘technical issues’ with timing his efforts came in a few minutes later. 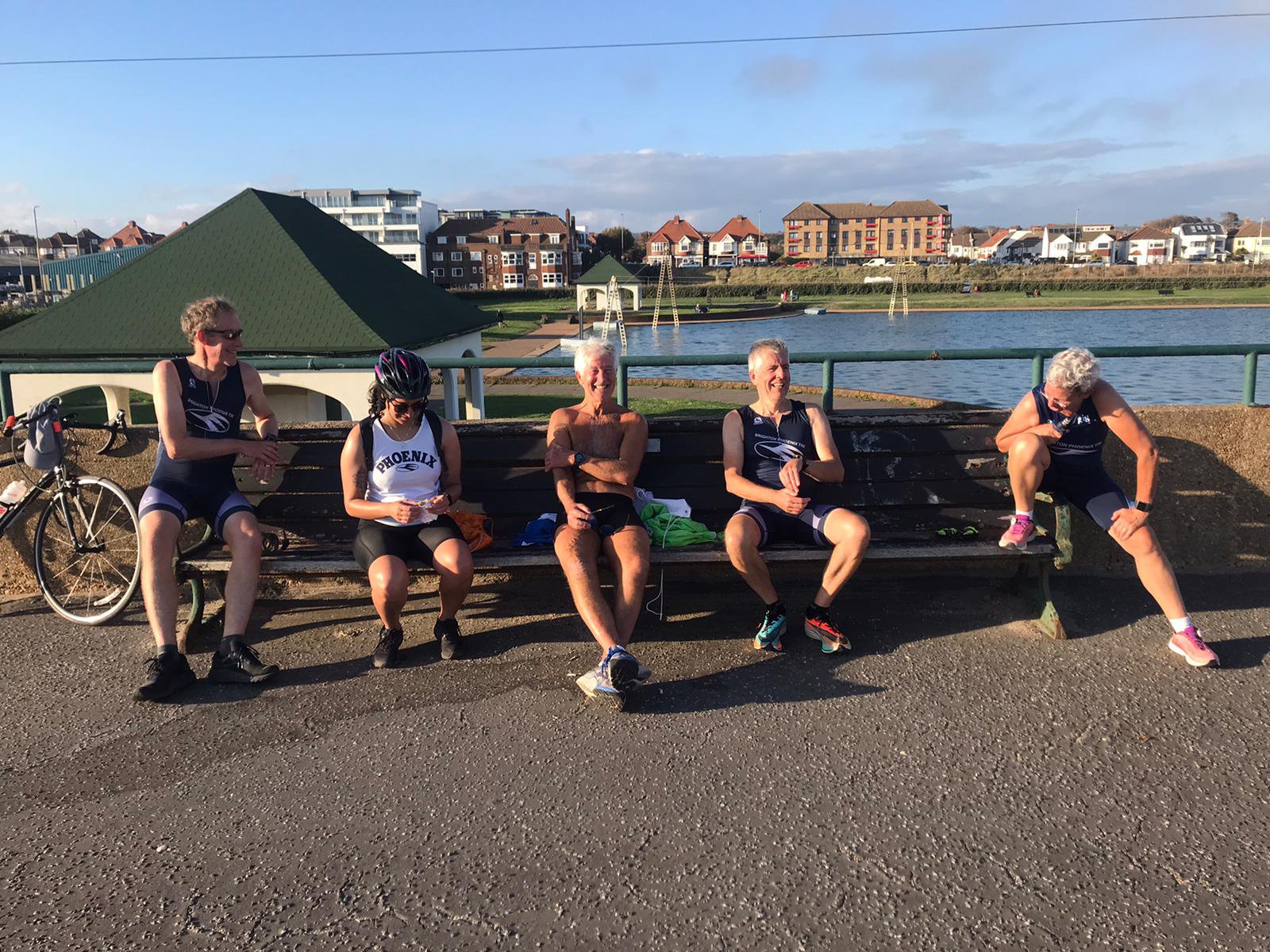 In the women’s race Gill, Jude and Hannah all raced well together in the Prom contingent with Gill taking 3rd place. Liz came second, although redefined the duathlon order of run-bike-run to run-run-bike…we’re a lenient bunch though! Sam Leader won the women’s race and I’m sure would have posted a quicker time had she found somewhere with a little less elevation on the bike route! I understand Charlotte was riding something with two wheels but other than that didn’t much resemble a road bike, let alone a racing version! Hence her uncustomary position at the back of the field!

Another successful event. Thanks again for taking part, and now on to the final race in the series…the Standard Duathlon (10k Run / 40k Bike / 5k Run)…open to all to have a crack at and running for two weeks from 28th September.

Thanks again to Geoff Pike for another smashing article.