The Sportshall season is over and we now look forward to the track and field season.Phoenix athletes performed brilliantly over the season with a remarkable amount of wins, and several athletes unbeaten over the season.

The third and final League meet of the season was on Saturday 24th February. The result was close, the performances were fantastic, but Worthing won the league again by 13 points. Match 3 saw us with 27 1st places 24 2nd places across the board.

We had 2 fantastic relays for the girls, the under 11 ’s were beaten in a thrilling race by a head. The under 13 girls took the record apart by a second - well done!The girls under 11 Kira Betts, Leia Rosenior, Rosie Howie, and Angelina Bowen, the Under 13 ’s Keira Paterson Jewell, Isabel Siddle, Isabella Martin, and Lauren Mclellan.

I would like to thank all the parents who gave up their Saturday afternoons to come and support and encourage the athletes and the club. It was a fantastic show.i would also like to thank Paula, Mike, Steve Hardman and Stephen Challis for all their help over the season, without them none of this would be possible.

Let’s take this forward into the track and field season!

(Thanks to Coach Roy Hayward for this report) 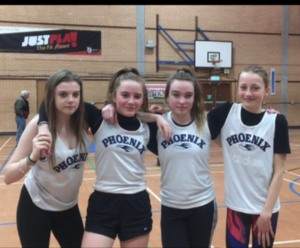 « First for a first! Wir sind in Deutschland gelaufen »