Cross Country League round up

Cross Country League round up

Saturday 10th February was a cold, damp and muddy day - but that did not deter many Phoenix runners taking part in the final Sussex Cross Country League race at Stanmer Park.

Uneven, muddy conditions (thanks to the Sussex Championships held 2 weeks before) gave way to uneven Phoenix attendances with no U13 girls competing but 22 competitors for the senior men's race.

Well done to the U11 athletes who competed despite their race not being part of the league: Imogen Read, Elfin Sandliands, Olivia Haynes and especially Mathew Noakes for finishing 5th in the boys race.

In the league the U13 boys were represented by Alfie Brooks & Finley Hawkins who helped the team finish10th overall in the league. The U13 girls, despite having runners in the first 3 races, were not listed due to a lack of competitors this race.

Well done to U15 girls with their 3rd result for the A team placing them 2nd in the league overall with a 9th for the B team.
The U15 Boys also finished 9th in the league, nice work to Will Carey for his 8th at Stanmer.

The women races have seen relatively small numbers compete. This seems to be the case over the last few years, possibly due to the shorter races the women run not providing the training. That said, the U17 women have seen seem strong performances to finish 4th in league whilst the senior Phoenix A finished 5th in division 1 and the Vet women 12th.

The men's races have seen healthy numbers for all four races. In the U20 category Daniel Stidder finished in first position with Sam Rogers 4th (32nd overall) on Saturday whilst Billy White finished 7th overall. Dave Carter continued his recent cross country successes to finish 3rd vet (15th overall) whilst Donald Maclellan was 6th vet (25th overall).
The U17 men finished 5th overall in the league With Phoenix A 3rd in division 1, Phoenix B & C 2nd and 4th in division 2 and Vet men 2nd, 5th & 18th. 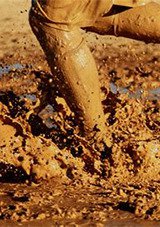 « England ahoy A Wad of Awards »