Daniel and Finn win and win

First up was Daniel Stidder running in the U19 boys event at the South East Schools cross country champs at Brands Hatch on Saturday. Already county schools champion, Daniel was always ahead of a highly competetive field, winning by a convincing 15 second margin over the second athlete. Other Phoenix athletes were putting in good perfomances as you can see on the results page

On the Sunday it was Finn McNally's turn. Despite a new course starting at the Goodwood Aerodrome (not universally appreciated) and a long delay before the gun was fired leaving athletes shivering in the cold, Finn ran a cool commanding race. He finished looking fresh as a daisy a good 70M ahead of his nearest rival. His time? A remarkable 30:46. There were a handful of other PHoenix runners among the 1700 fiinishers and again you can see full details on the results page 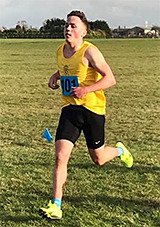 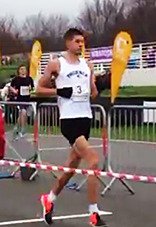 « Phoenix triumphs at SGP awards League round up »