With the start of the 2012 London Olympics just around the corner a new Steve Ovett statue has been unveiled in glorious sunshine to replace the stolen one that used to stand in Preston Park. Steve Ovett (mark two) is not only a better likeness of the joint Phoenix Club founder but is somewhat taller sitting on a 5 foot plinth at the finish line to the Brighton Marathon on Madeira Drive. All who now run along the seafront can have the honour of passing Steve a task that would have been somewhat harder when in his prime. Steve was joined by his family who have also flown in for the Olympics and members of the club past and present. 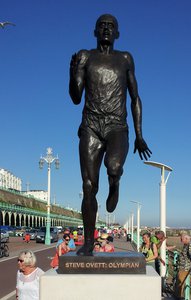 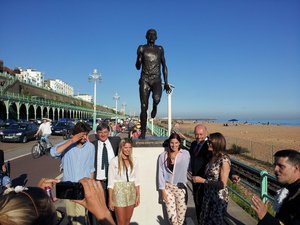 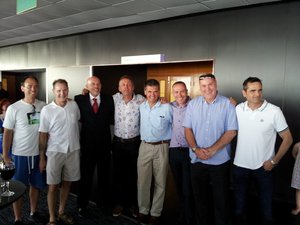 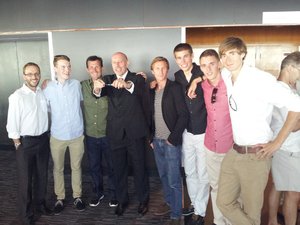 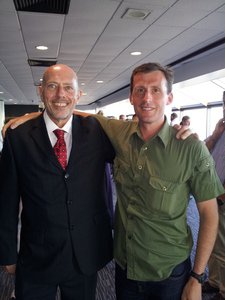 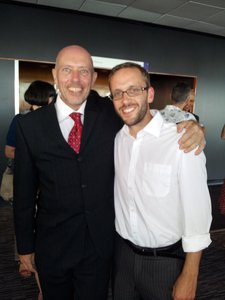 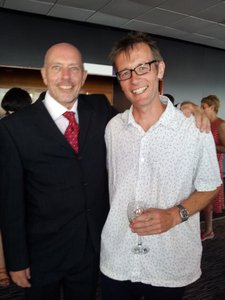 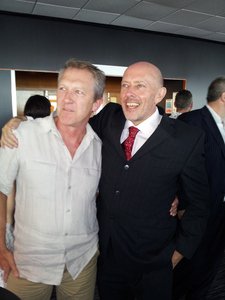 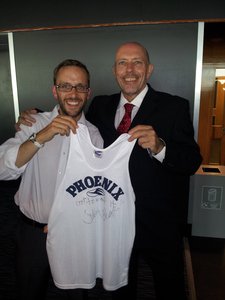