"People can't understand why a man runs. They don't see any sport in it, argue that it lacks the sight-thrill of body contact, the colour of rough conflict. Yet the conflict is there, more raw and challenging than any man versus man competition. In track it is man against himself, the cruelest of all opponents. The other runners are not the real enemies. His adversary lies deep within him, in his ability, with brain and heart, to control and master himself and his emotions."
Glenn Cunningham American Miler

Just days after frustratingly getting knocked out in his heat at the World Junior Championships Charlie Grice showed his true metal. Gaining an entry to the famous Emsley Carr Mile which is now part of the IAAF Diamond League Meeting at Crystal Palace Charlie broke 4 minutes for the Mile for the first time. His time of 3:57:90 placed him tenth in the race against World Class opossition. At the age of just 18 he is now ranked 3rd on the UK All Time list for U20 athletes behind Graham Williamson and Steve Cram. He surpasses Steve Ovett's Sussex U20 record and is now ranked 3rd on the Phoenix All Time List.

Phoenix can now boast 6 sub 4 minute milers. The list is headed by Steve Ovett with a former world record time and Olympic Steeplechase bronze medallist Mark Rowland. Both Steve and Mark are former winners of the Emsley Carr Mile. Our other sub 4 Milers are Tim Bayley, Johan Boakes and Mark Howard.

On Wednesday 17 July, Charlie was privileged to carry the Olympic torch in Bexhill (see photo) "The torch was a great experience, i will bring it down to the track sometime . " 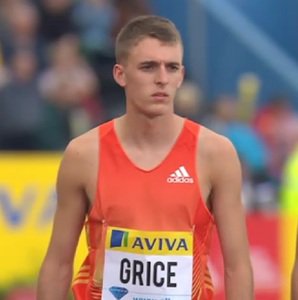 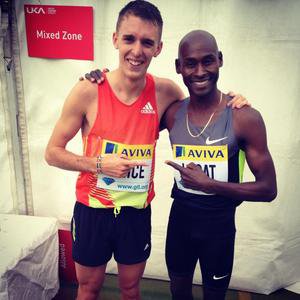 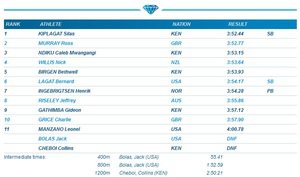 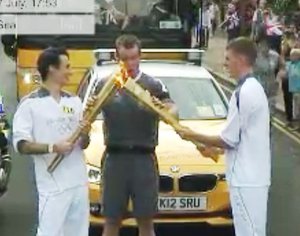