Ben and Josh travailed up to the always fast but not always on 'weather permitting' Telford 10k. This race is famed for being very fast as it follows a two lap course hidden by trees and sunk down on an old train line. On arriving at the race it was clear that the cold weather had struck again as parts of the first 800m were very slippery and there was debate as to whether it would be on, but as time passed by it became runnable, just!
Ben usually renowned for his aggressive front running style must have been asleep at the start as he was down in 20th place as the gun went and it was up to Josh to get things under way as he found himself in the unlikely position of leading a class field off for the first mile. The pace was clearly too slow for Ben and not far into the race he made his move and quickly opened up a gap of 15m on the rest of the field who’s only excuse for missing the move being that they could not see past the 6.5 frame of Guilmant. This turned out to be a perfect team move to give Ben some breathing space and put some early pressure on the opposition. Ben Kept this pressure on as the race went into the second lap coming home to win in a fine 29.58 with Josh back it 8th place in a solid 31.13.


Video of Start, Halfway and Finish 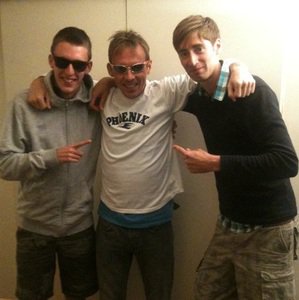 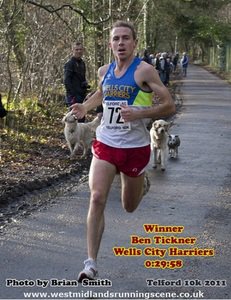 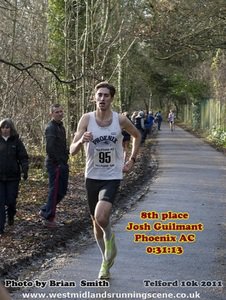 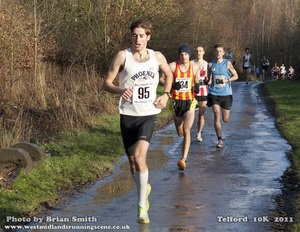