The only thing hotter than the weather at the Sussex Cross Country Relays this weekend was the Phoenix Team, gold medals, records broken this meeting had it all.

Kicking the day off were the under 13 boys with Reuben Hoyte leading his team off in aggressive fashion going to the front from the start and coming home with a good lead to pass on to Matt Berridge. Matt has been in great shape in recent weeks after a fine performance in the southern 6 stage last week, this week was no different as he put the race beyond any doubt with a time of 9:54 the fastest of the day and the tenth fastest ever. Archie Davis was left with little to do on the final leg but pushed the pace all the same coming home to take the team gold in the second fastest time of the day 9.59 and a team course record of 30.07, nearly 2 minutes ahead of Hastings in second. Harry Swindells, Joe Lillee, Ollie Johnson committed themselves fantastically coming home in 5th place to show that the under 13s have strength and depth. Hopefully in the coming months they will all be able to push each other on as the cross country season gets into full swing.

The under 15 girls team was made up of Amber Muir, Jody Mann and Maria Andrews all ran well in their first taste of cross country this year.

The Phoenix ladies made a good effort to put together two teams at short notice; fastest on the day was Liz Halliday. Sonal Chaudhary, Lesley Fairburn, Deb Friis all competed well

The veteran men picked up a deserved bronze medal even with their fastest man and vet team captain in the B team, John Marinko who selflessly put himself in the B squad having thought that his morning bike ride would have taken the edge off his performance. The bronze medal winning team was made up of Malcolm Hughes, David Powell, Paul Collicutt and Darren Elliott while the B team of John Marinko, Stuart Pal, Roland Harrington and Colin Simpson showed that there good numbers on the vets side.

As the Under 13’s started the day in dominating fashion the senior men certainly finished it off in the same way. There was talk before the race that two of the new additions to the team could not run but with a detailed check of the rules the A team were ready to do some damage. This squad was not just the strongest team Phoenix has had but the best team ever assembled for the Sussex Cross Country Relays by any competing club. So the question was not whether the A team would win but how many records would be broken in the process. Such is the depth on the men’s side now that the B team were also strong enough to be eying up a medal and a place on the podium. The race kicked off with Jon Pepper showing why he is one of the up and coming national standard distance runners to watch as he took full control of the race from the start, his compact style was perfectly suited to the twisty turny nature of the course, as he came into the finishing straight the clock was reading 11.XX and with no one ever running sub 12 at Goodwood Jon was on course for a record breaking time. He handed over in a time of 11.33 a course record by some 40 odd seconds!!! Next up was Josh Guilmant who was still fighting the tail end of a virus he had picked up the week before when helping his team make certain of their place at the nationals championships in two weeks time. The virus did not stop him holding the lead although it would be fair to say it was not his best. As the A team were chancing records the B team were slowly working their way through the pack as Jake Elliott showed the potential he will have as a senior with the fastest time by an Under 17 athlete on the day a time of 12.41, this placed him nicely in the mix for Tom Hopkins to give chase. Tom these days is more accustom to do his running after a swim and a bike having moved over to triathlon over a year ago however he is still a canny runner having set one of the fastest time back in April in the County Road Relays championships and with a time of 12.30 the B team were well in the hunt. Going on to the penultimate leg for the A team Ben Tickner used his most favoured racing style “hit it hard then hit it harder” to come home in a time of 11:34 just one second shy of Jon’s new course record. Darryl Hardes at this point was holding position well in the B team having not raced on the Cross Country seen for some years, Darryl is no new boy to cross country and he had not forgotten how to judge his effort. All but Charlie Grice getting lost on the last leg the A team were now heading for victory and the shorter distance of the 4k loop suited Charlie far more coming off 8/15’s racing in the summer than the 6k he ran last week in the southern champs. A time of 12.02 was good enough for third fastest in the team and ducked under the previous record, because of the standard of the team this year this was also third fastest overall. All three individual top times in these championships came from Phoenix athletes, which added up to a massive team course record 47:35 this may take some years to better. While the A team were home with 2 minutes to spare Max Pickard was fighting it out on the last leg for the B team and even with Darryl’s effort on the third leg they were still lying down in fourth place. Max always runs with his heart on his sleeve and when he saw another runner cutting in on the course an argument ensued. With most athletes this would break there concentration but not Max like John McEnroe this just pushes him on to another level and he soon moved in to third place and pulled away for the bronze. It must be said that the runner in question had made a genuine mistake in missing a sign. Max’s time would have been very close to also going under the previous individual record.

The Senior Men’s work for the day was now complete and meant that Phoenix now hold both the Road and Cross Country Team Championship. 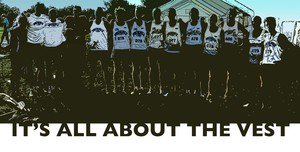 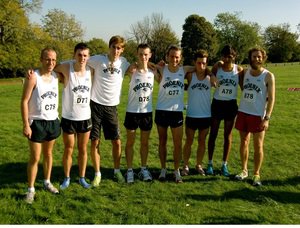 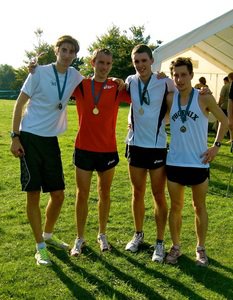 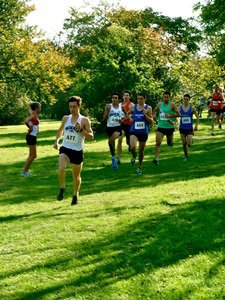 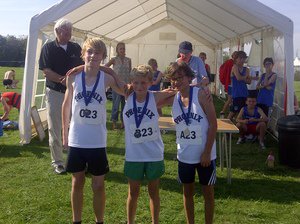 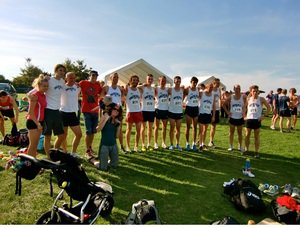 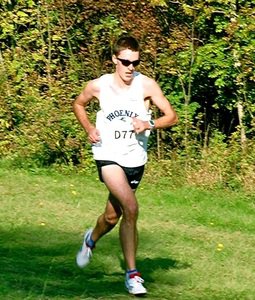