This virtual event was organised by Haywards Heath Harriers in memory of their runner Chris Smith, veteran of many Sussex cross-country races and an international mountain running star who died tragically  earlier this year doing what he loved best out on a solo run in the Scottish Highlands.

In all 153 runners from Haywards Heath, PHX, Lewes AC and Burgess Hill Runners took part, with our turnout spectacular – in all fifty Phoenix runners completed the course over the nine days of the event. Most impressive performance undoubtedly came from Simon Heath, who  broke the 30-minute barrier for this tough course, and was was only 20 seconds away from claiming overall victory, despite having chalked up a blistering15:06  5k at Ardingly earlier the same day. There were just six age categories: male and female Under 45, 45-59 and Over 60, and Phoenix runners – Bobby Searle, Samantha Leader and Paul Whelpton – claimed top spot in three of them, with Bobby’s time of 34:23 also taking her to the top of the Strava Women’s Leaderboard for the course.

Team results were worked out by an imaginative system, with runners from all six  age categories combined to make up  each club's A Team, B Team C Team and so on. This revealed our quality across both genders and all age categories,  and we earned a convincing victory in the overall competition with seven of our nine teams claiming top spot.

Many thanks to all who took part in this fitting tribute to an outstanding man and runner. There is another write-up of the event on the Haywards Heath Harriers website: HHH News

There is also a memorial fund that you can contribute to at: 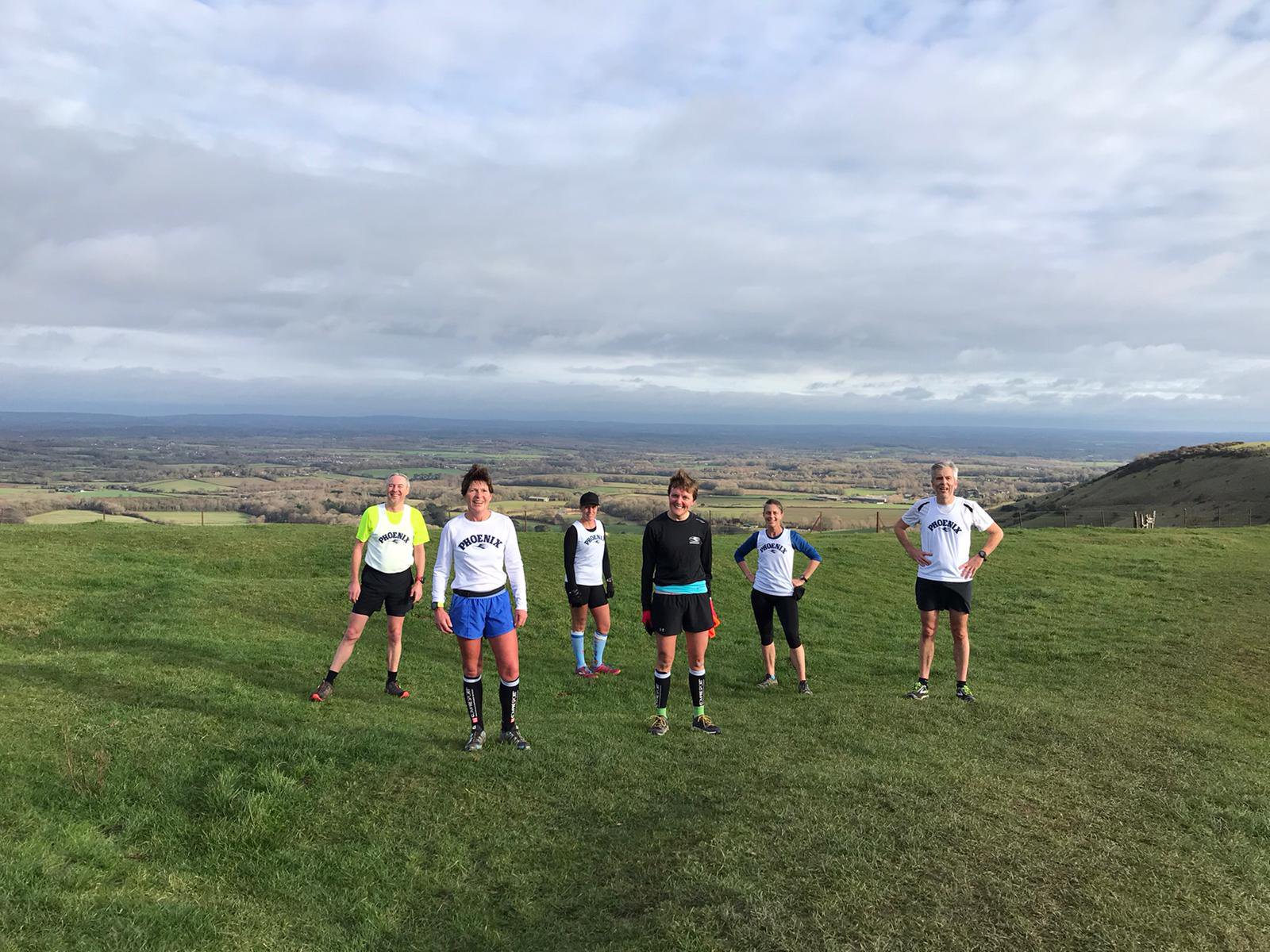