A few years ago (probably over a coffee, quite possibly at Drury’s in Hove) Eogan and I were discussing the fact that triathlon must have been invented by cyclists, as a disproportionate amount of time is spent in the saddle! With Eogan being into swimming as far as possible along the coast of Brighton and Hove and me being a pathetic cyclist he proposed the ‘Fair Triathlon’ where the length of each discipline is more equal. 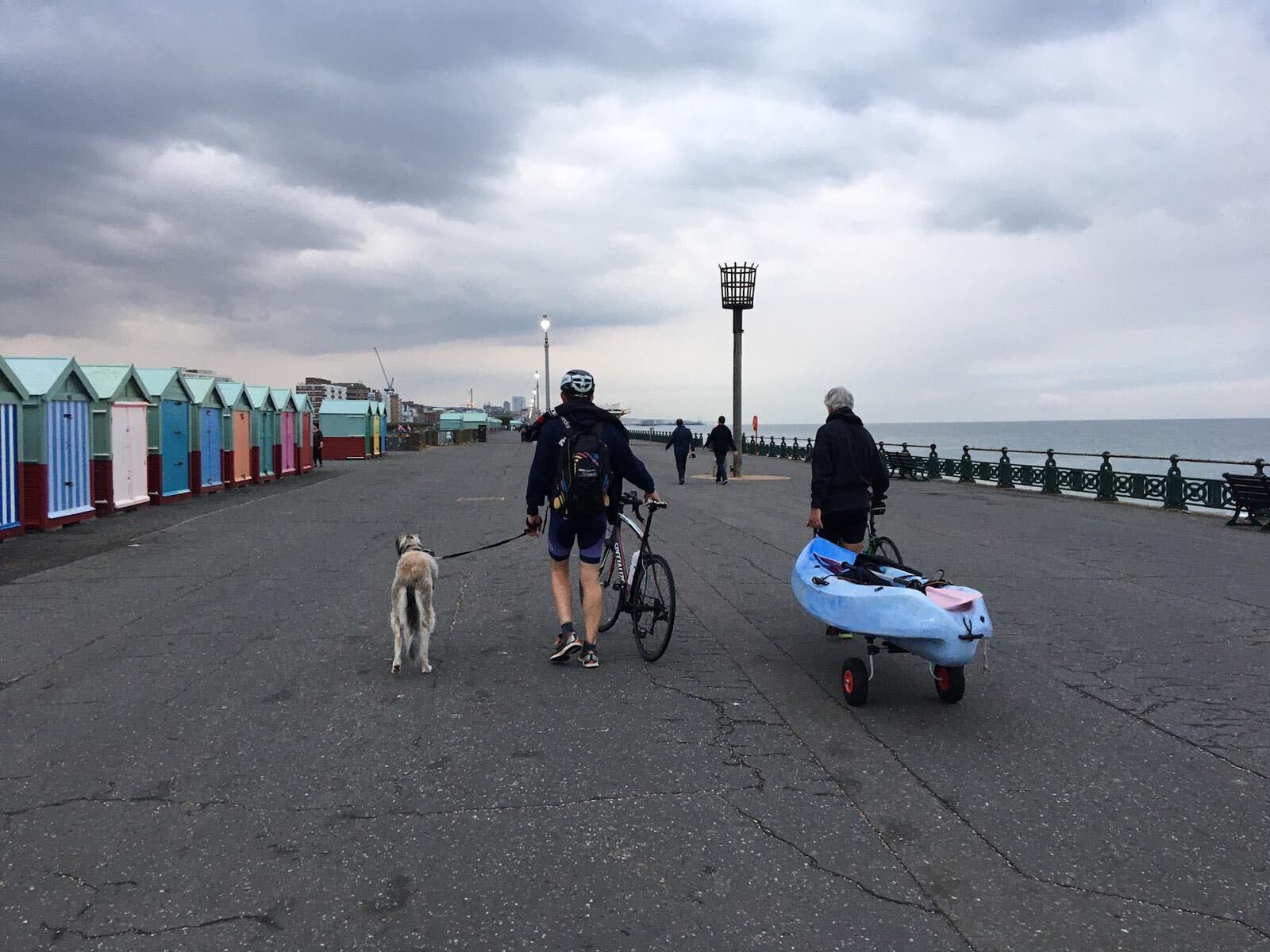 Obviously this leads to a whole host of time-wasting discussion on how we agree the distances so Eogan in his inimitable style went for roughly what he can do in half an hour in each discipline. We opted for roughly a mile swim, a 10-mile bike and a 4-mile run (Eogan has to go imperial, obvs!) and then we set about squeezing it around the transition area at the west end of Hove Prom, the Deep Sea Anglers club. 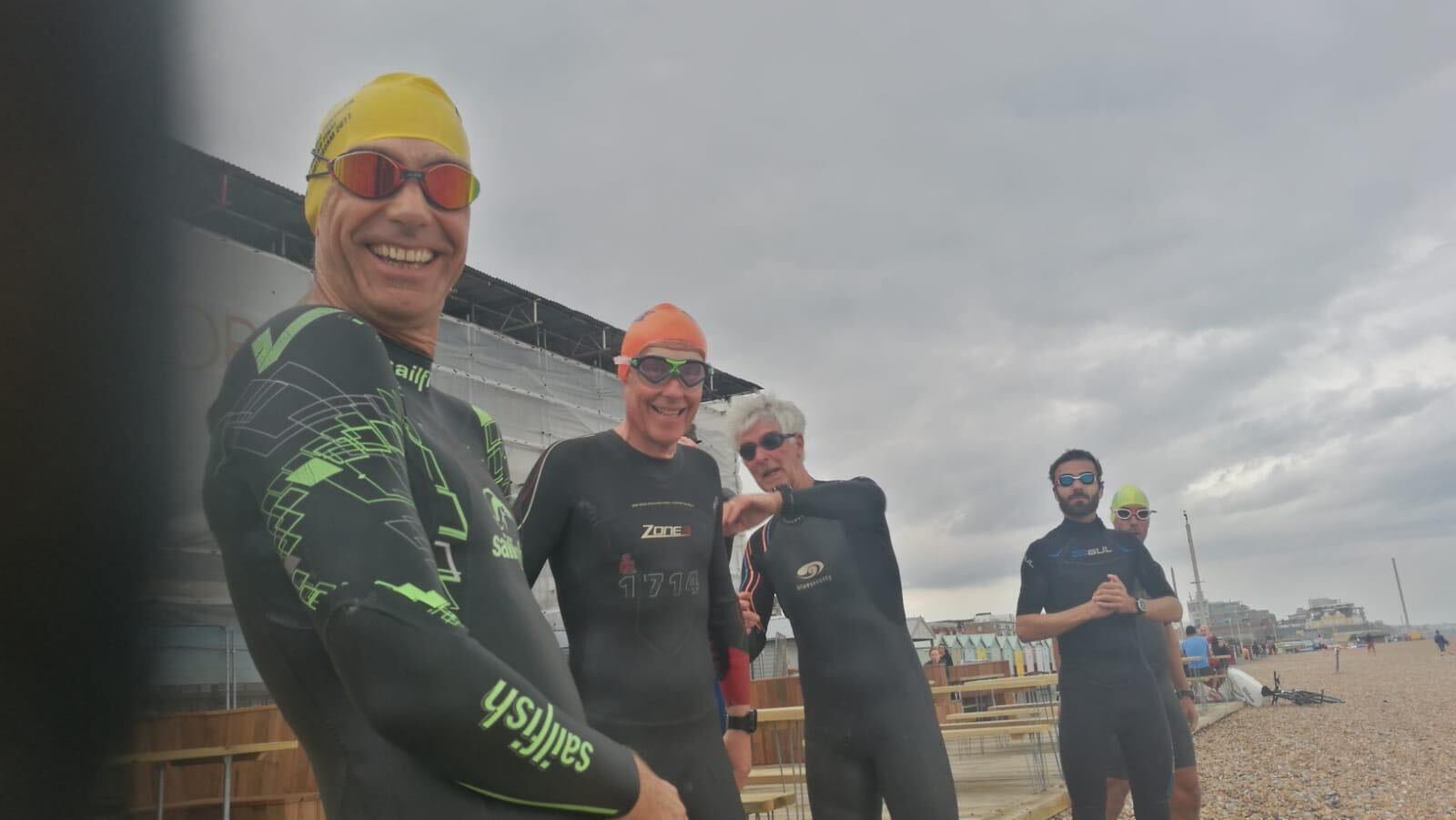 We attempted to launch the event last year but were scuppered by the weather and it morphed into a duathlon…good fun but not quite in the spirit of the ‘fair’ event, way too much running and not enough swimming for McKenna’s liking! So, on Tuesday 14th July the inaugural Fair Tri was launched, all adhering to current COVID guidelines of course. However, again it was not quite ‘fair’ as we had to shorten the swim as it was a touch on the lumpy side, and we didn’t want the event remembered for the wrong reasons! In the end, it was a half-mile swim, a 10-mile bike and 3.5-mile run. 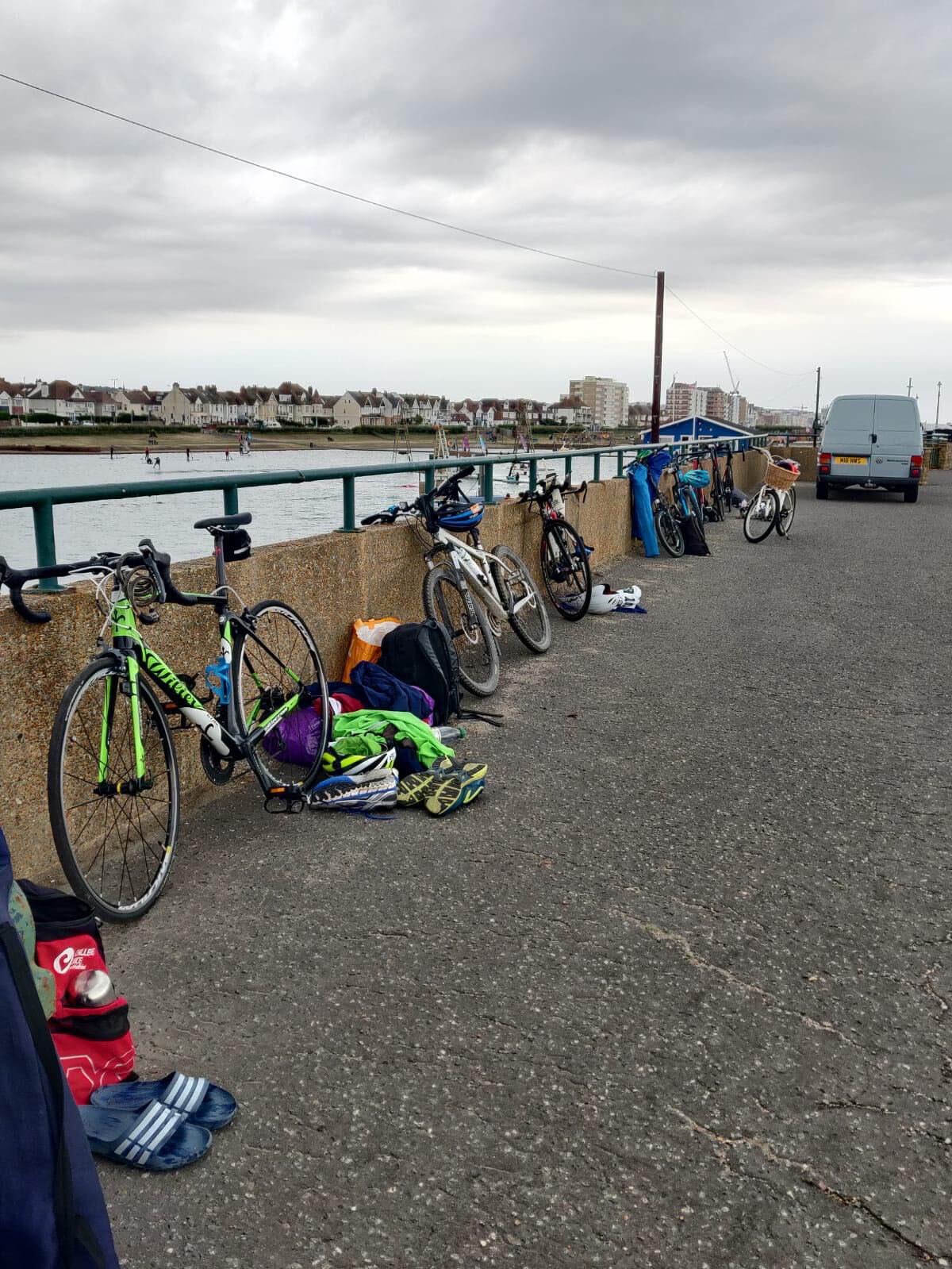 Six hardy souls braved the stormy waters as well as a couple who just swum (Gina and Renee) and a lone runner (Kate) who didn’t want to miss out on the err...’fun’! In the ‘race’ it was the consummate professionalism of Malcolm Hughes who demonstrated why you need to train and race in all conditions beating second place out of the water by 2.5 minutes (most of us softer folk just wait until the sea is flat before we venture out for a swim!). 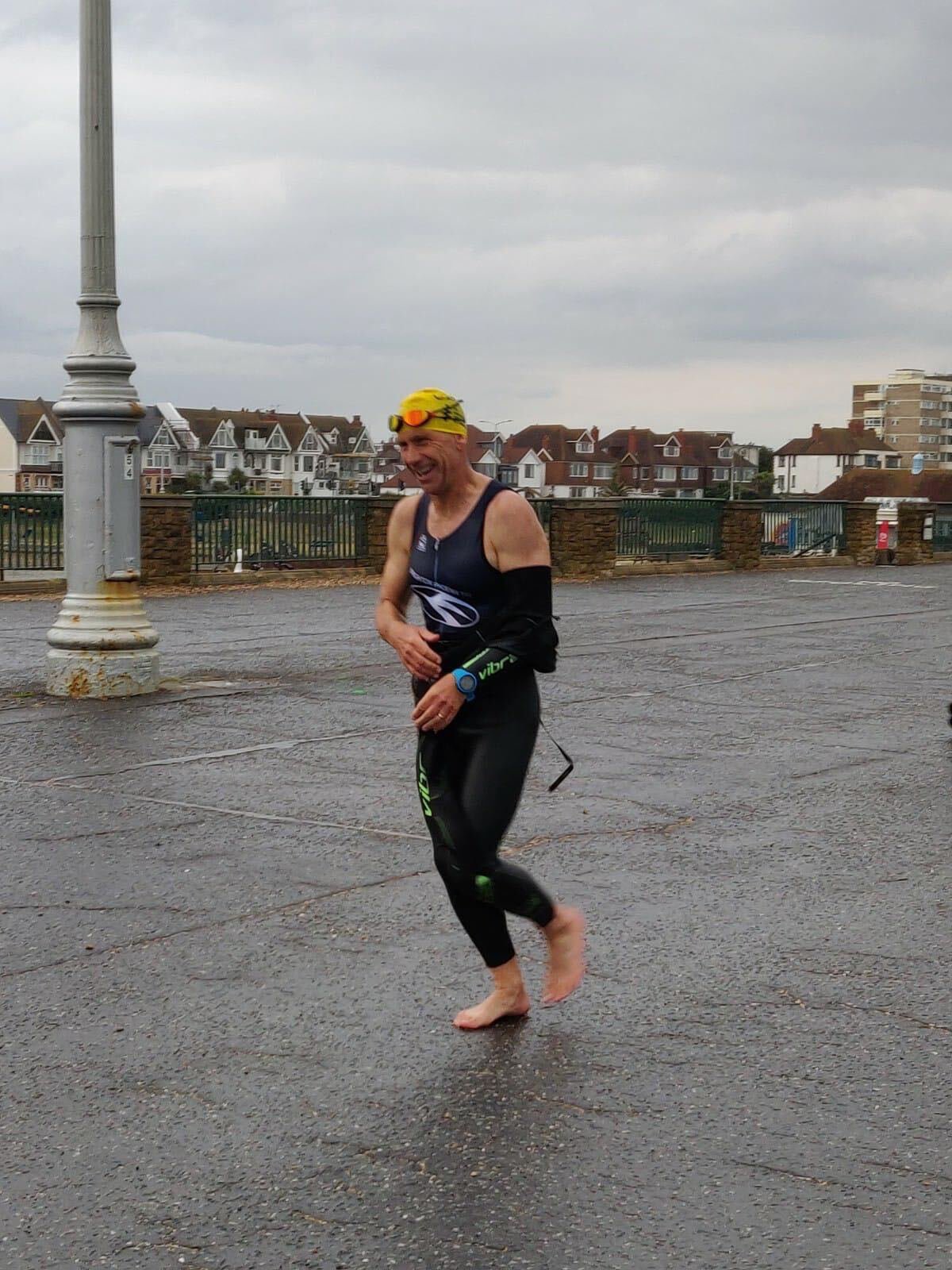 This lead was enough to win him the race, beating me, Harry McWhirter (making an impressive triathlon debut), Barry Blackwell and Eogan McKenna who was making sure we were all safe by gallantly sweeping up! You might have noticed this is only 5 – did we lose someone to the choppy waters?! Fortunately not, Jim Lathbury had too many punctures to ride and opted to do his Aquathlon entry instead (the committee sanctioned a late entry to this race) and smashed out a 27 minute 7.5k run to go with his 17 minute swim…top running! 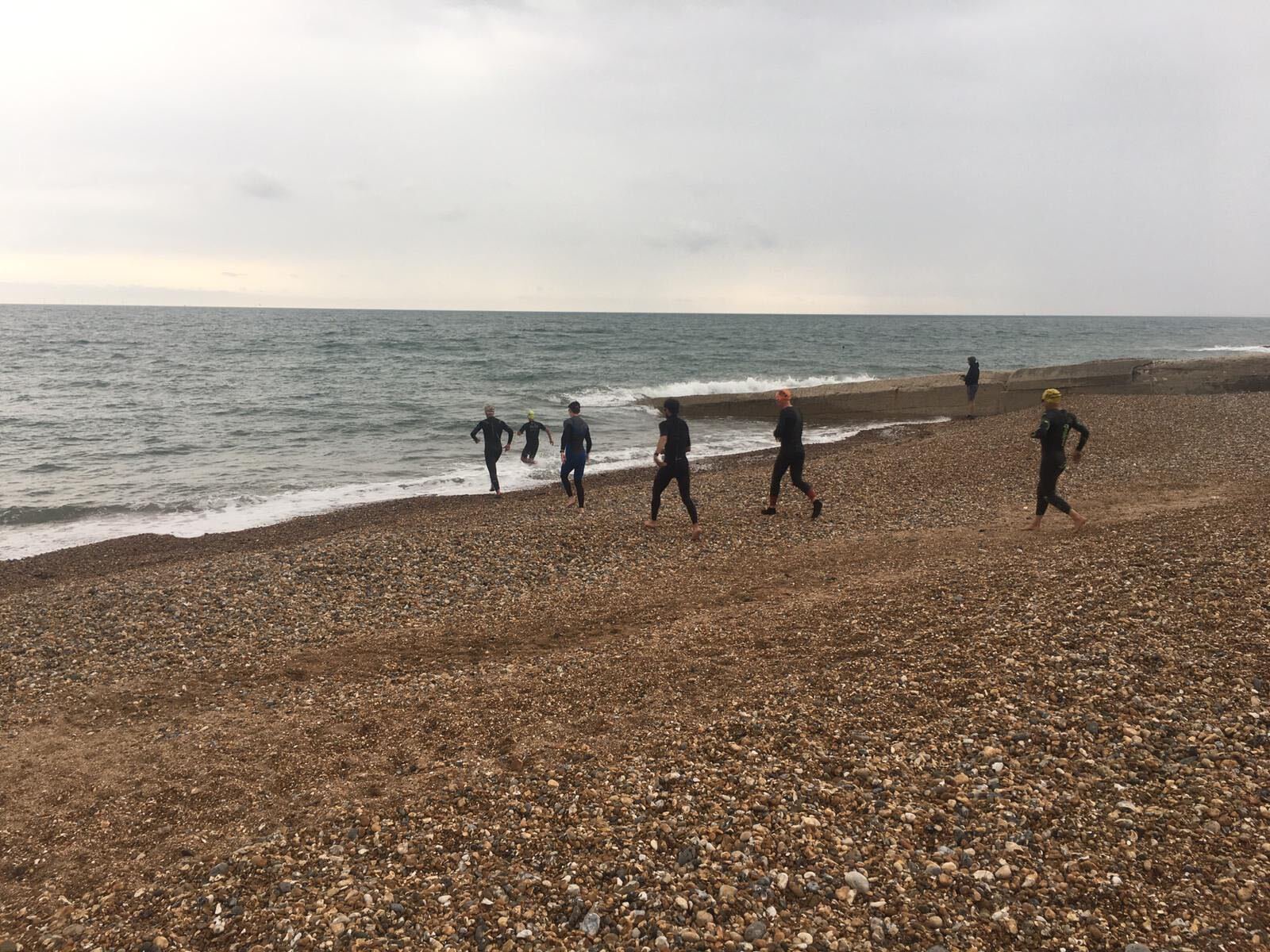 Great to see a few people out racing together, and hopefully we’ll have another ‘Fair Tri’ later in the season. Thanks to all the supporters who came out to guard bikes, take photos and generally show encouragement and enthusiasm. And a special thank you to Megan McKenna who bravely kayaked to keep an eye on us all…or was it just her Dad?! 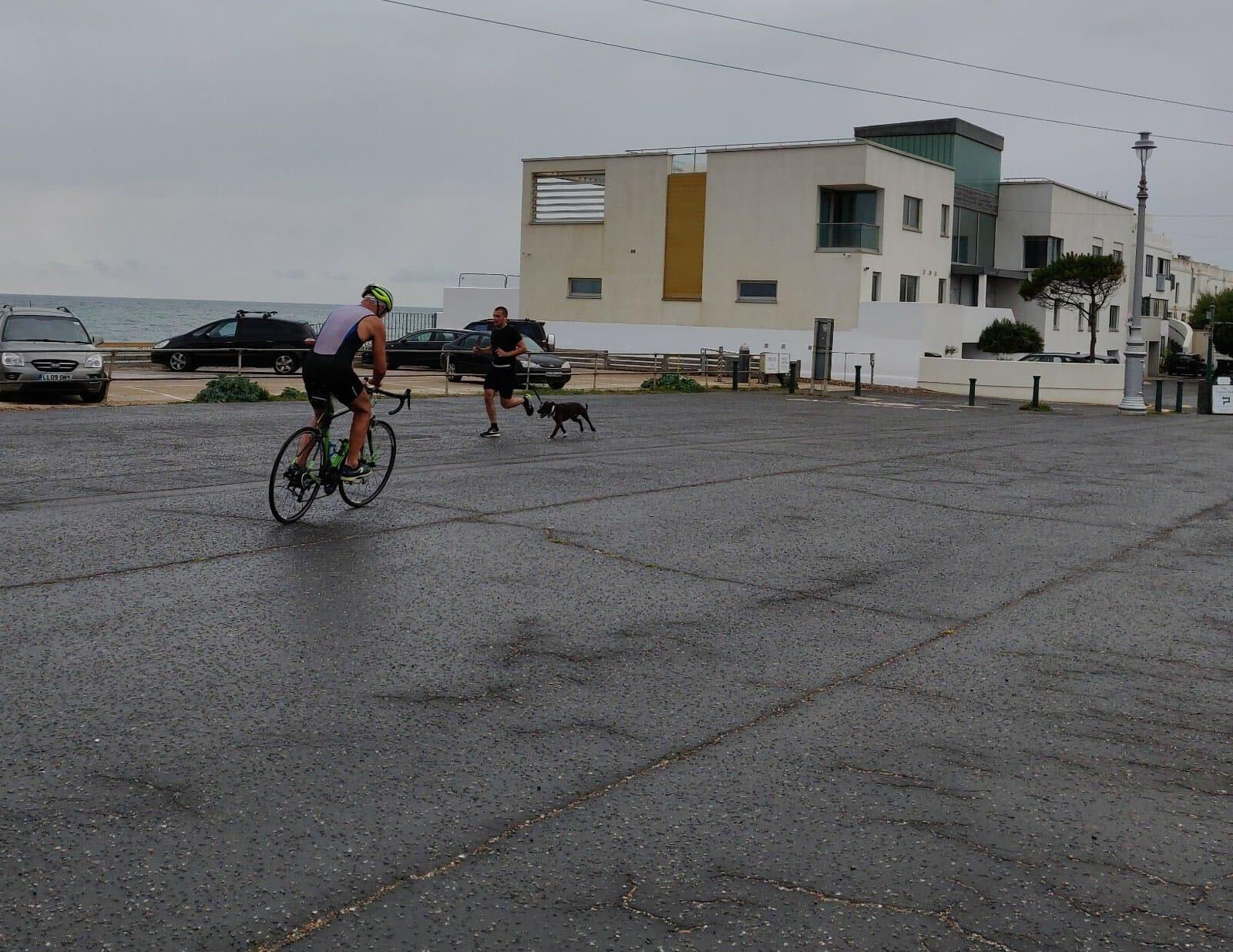 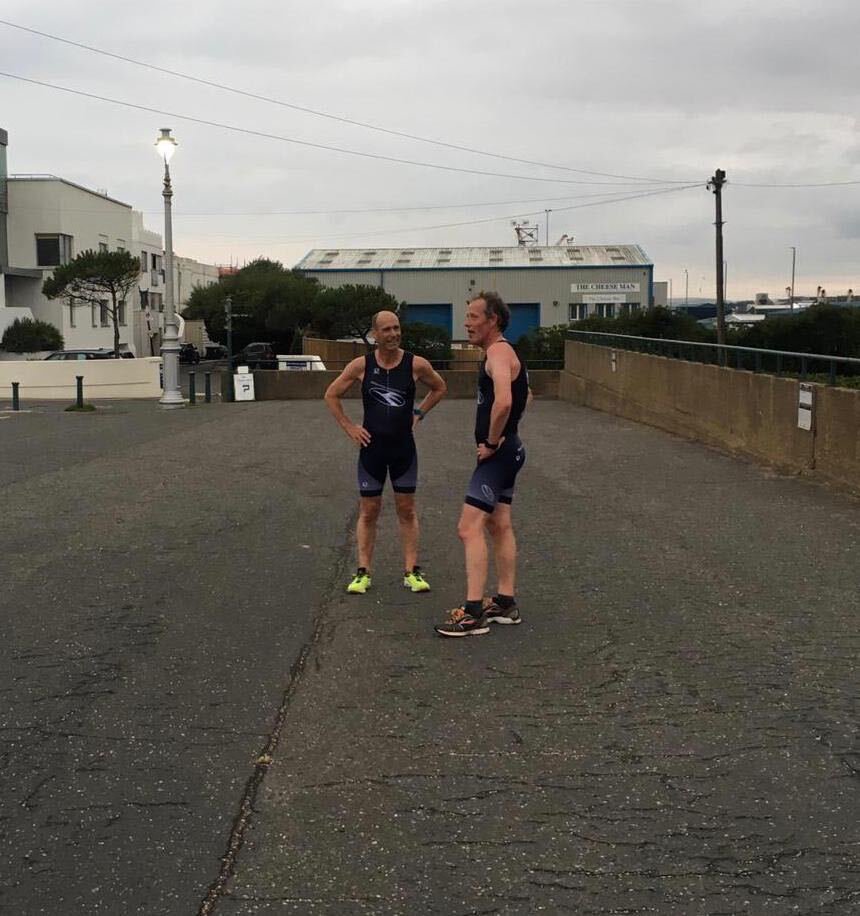