Great win for our U11s and U13s in the final Worthing Sportshall League fixture at Lancing Manor on February 1st.

“Going into the third and final meet in the Worthing Sportshall League we were leading by only half a point from Worthing Harriers, who have been league champions for the past five years and are always tough opponents.

We had a large turnout of competitors and were able to place an athlete in every event. Phoenix were strong from the very start and proceeded to dominate, although the half-time score didn't reflect this as it seemed we were only one point ahead. After a recount was requested it transpired that many of our scores hadn't been included!

There were many great performances for us, notably Lewis Wilby narrowly missing his own (shared) course record in the 2-lap sprint and Rosa Howie getting within a centimetre of the standing long jump record.

Phoenix were crowned the Worthing League Sportshall champions and, although we have not got the official points tally, it was a convincing victory and I believe we were about 40 points ahead.”

Long-term development and interests of individual young athletes will always take precedence at Phoenix over the winning of team trophies, but in Sportshall we currently seem to be meeting both objectives, thanks to all the hard work put in over a long period by Nicola, along with Ginette Read, coaches Bruce Warren and Andy Bone and all our other helpers. Congratulations to all involved, athletes, parents and volunteers! 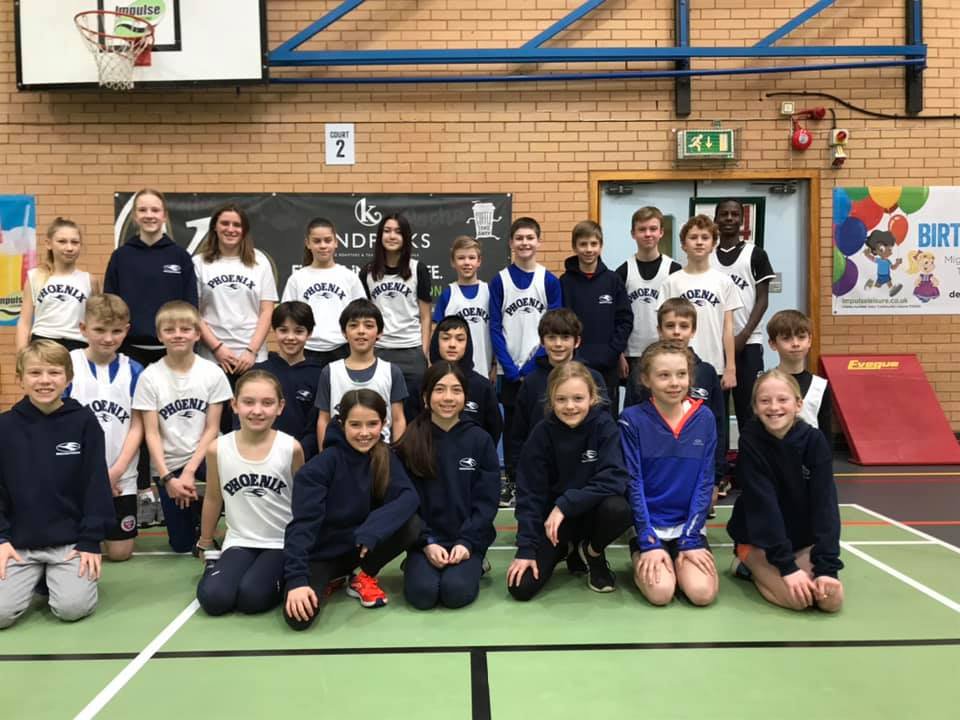