The highlight of the third Sussex Cross Country League fixture at Stanmer Park on November 30 was a great run by U20 Leo Brewer to finish second in the Senior Men's race, leaving many of our talented older runners  - Simon Heath, Milan Watson et al – in his wake.

In much better weather conditions than the previous visit to Stanmer 3 weeks earlier we had a good turnout of women in the Senior race, led home by U17 Milly Dickinson who finished 11th overall and 2nd U17. Overall, with one fixture to come, we continue to top the U17 Women’s league table but have slipped to third place in the Senior Women's table. A number of strong runs from our men saw us maintain second place in the league – both our A Team in Division 1 and B team in Division 2 filling this slot.

Lower down the age range our U13 Boys finished second on the day and are also second overall in the league. Two was definitely our lucky/unlucky number, with another second-place claimed by U15 Ben Connolly.

A week later on December 7th Horspath Oxford was once again the venue for the  Southern Intercounties and Southern Masters Cross Country Championships. Conditions were near perfect – mainly dry but not frozen underfoot, with manageable small patches of mud to negotiate and the usual undulating mix of woodland and grassy trails.

In the Masters event there were races in five-year age bands for those aged 40 and above, and we fielded a small but highly successful team – and avoided second place finishes! - with Malcolm Kemp taking the bronze medal in the O70 event and Paul Whelpton claiming the V65 title for the second time.

In the Intercounties event, featuring leading youngsters from across the south of England, seven of our juniors competed for Sussex. In the U13 Boys there was an incredible mass race to the finish line, with Matthew Noakes finishing in 40th place but only 30 seconds off 10th place, whilst Raphael Reed was only two seconds behind him in 50th place and  Corbin Bailey (64th) just 8 seconds further back. Milly Dickinson, Poppy Palmer-Malins, Naomi Fonteyn and Amy Gamblin completed our Sussex contingent, with several other Phoenix athletes selected but unable to compete.

Very satisfying to see PHX athletes of all standards competing with enjoyment and determination across a sixty-year age range! 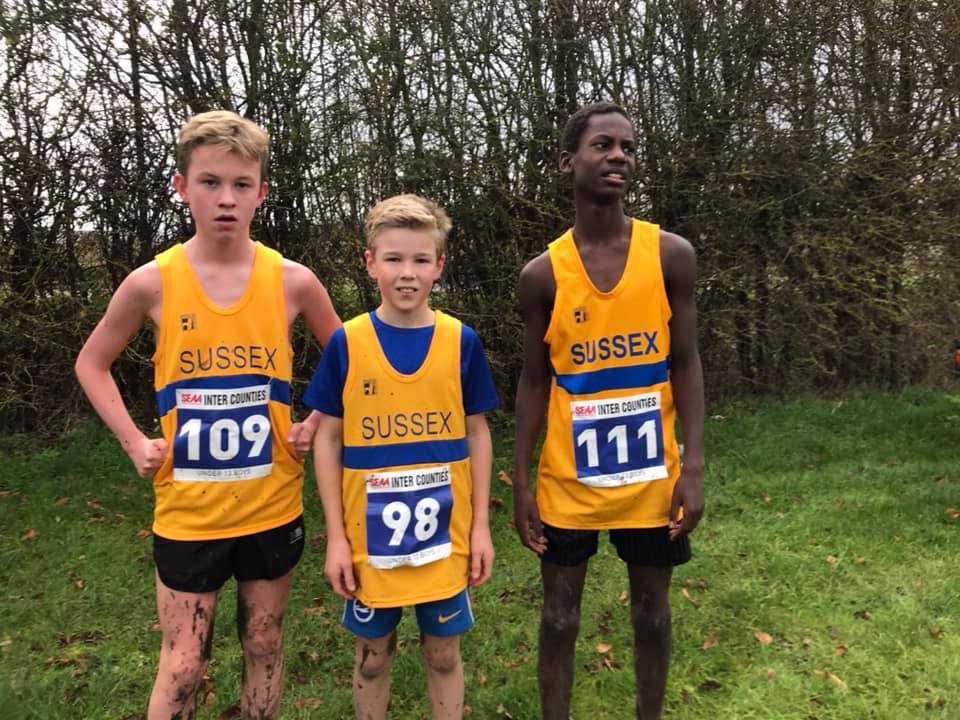