Eighteen of Brighton Phoenix's hardiest souls (plus one guest) gathered on the hill above Kingston (near Lewes) on Thursday evening 15 August for a little competitive fun. Weather was a little breezy but a good warm-up ensured we were all ready to take on this year’s Big W. For those that don’t know, the footpaths on this part of the Downs create a W and make an ideal 3 mile down-up-down-up running challenge.

The runners were loosely handicapped according to their own estimates with a little adjustment where needed. This year we reverted to the anti-clockwise only route and I had pre-run and marked it with a few arrows to save last year’s abysmal navigational performance by all but three competitors.

First to set off were Sarah and Eogan led out by Andy Pumphrey who was in resting mode following his Eiger Ultra Trail event. Andy added a further safety net to those that are navigationally challenged by standing at the far end of the W to guide everyone through the first turn.

Next to depart 3 minutes later was Mr Haig and his carers Phil H, Jon W and Malcolm K, the latter was heard to say as they departed “have you remembered the bedpan?” Yes, it is a fun event.

At 10 minutes the largest group departed, Erica and those that fancied their chances taking her on, that is Andrew N, Phil G, Amelia, Jon L, Lance and Ian Jones (the guest). Either they had been lulled into a false sense of security by Erica’s protestations that the hills were not her thing (I know better, she might prefer a flat road but she can make a jolly good job of most hills) or they correctly figured that she knew the way and was therefore worth sticking with. Whatever off they went chatting away until out of sight. 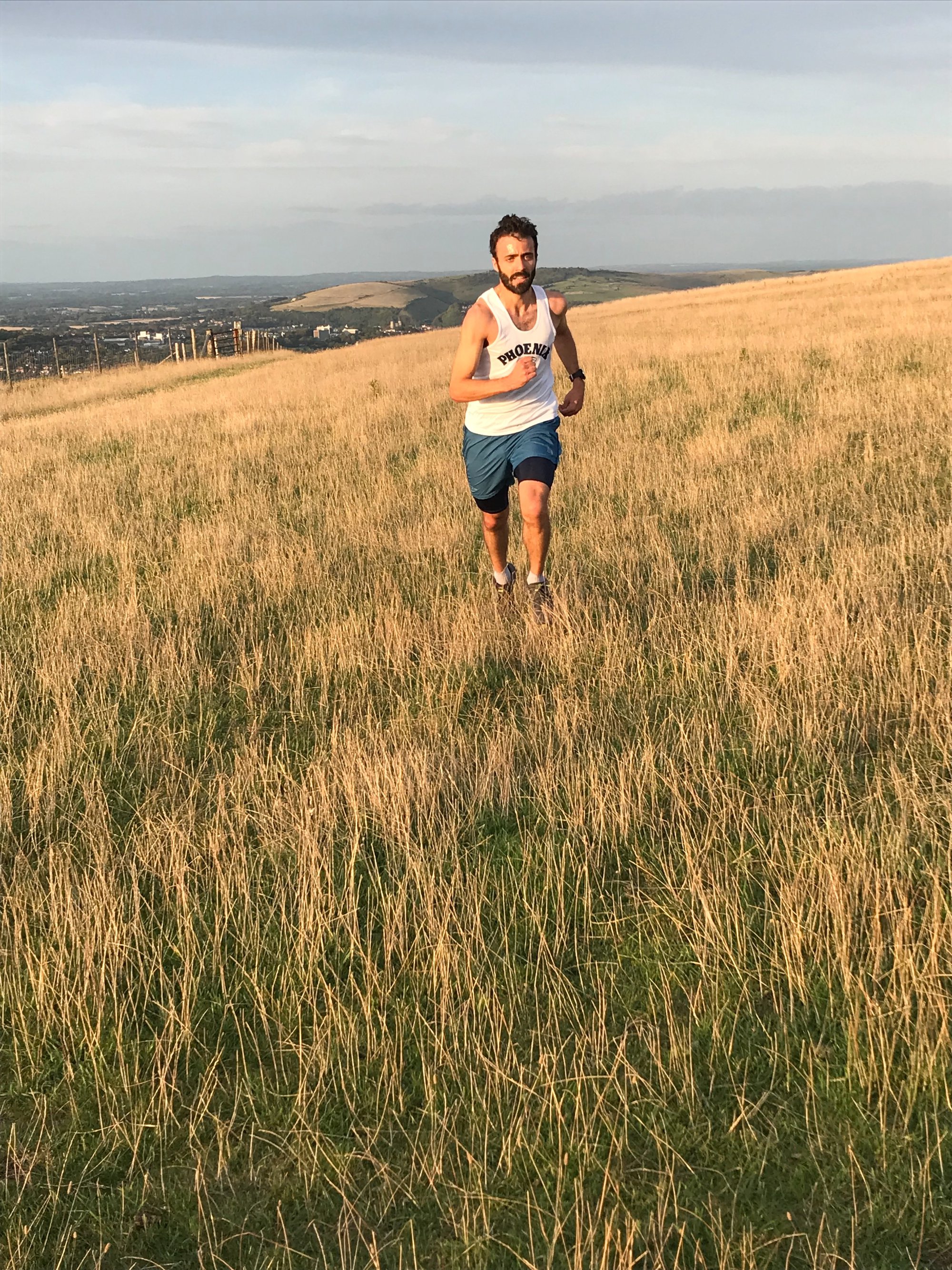 As handicapper I held Geoff Manns and Paul Whelpton back a minute despite Geoff being the ‘new boy’ and Paul having already run 10 miles plus. Tony R, Sébastian, and Will R went off at 12 minutes leaving James Lathbury shivering on the start line. Now James is a difficult one for any handicapper because he is so lightly raced. I knew he knew the course and regularly trains on it but I was feeling somewhat sorry for him as his shivering increased from the waiting around so at 13 minutes he was set free and oh how freely did he go.

Yes, it was last off first back! James passed the entire field and finished in 20:24 a course record, chapeau! Enter that man for some races now please! He could even hold a conversation and take some photos of the other runners as they crested the final hill to run for the finish post. Aside from our winner the rest of the field finished within 3 minutes of each other so the handicapper was judged to have done a reasonable job. 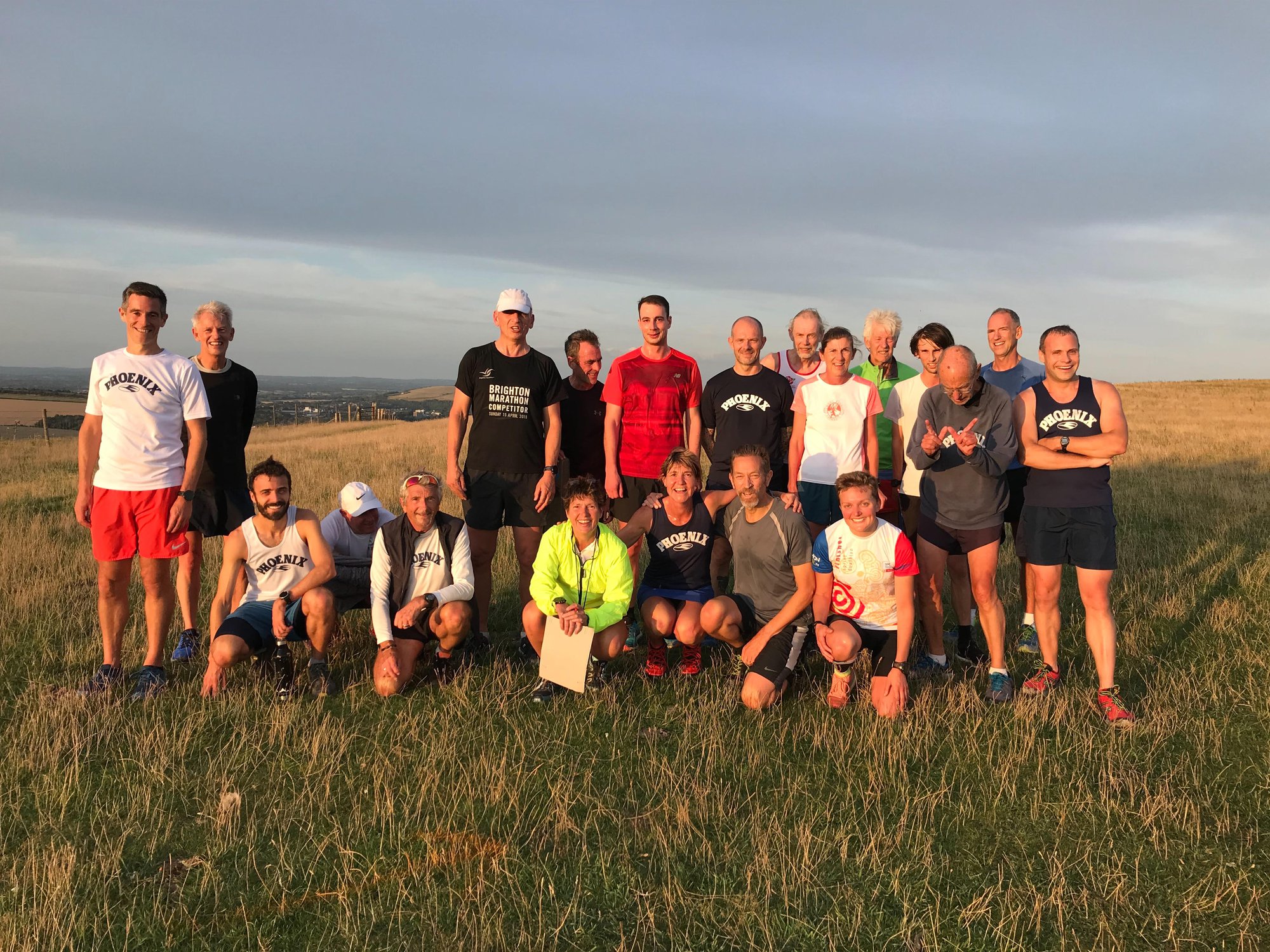 Thanks to Liz Halliday for not only writing this report, but more importantly for measuring, marking, seeding and executing a great evening's racing.