Masters, Inter Counties (and a demo)

PAUL WHELPTON REPORTS ON A GREAT DAY OF RACING

In the overall (ie V40 and above team competition Phoenix’s first 3 finishers (Nigel Paul and Phil with an average age of 58) finished in a commendable 19th out of 27 teams.
In the V60 and above category Paul Malcolm and Andrew (average age 70) produced another impressive result to finish 5th out of 9 teams

And the Protest?
For the first time in many years the SEAA committee decided to drop the M70 category from the masters XC Champs in Oxford despite there having been sixteen contenders in 2017. Along with runners from other clubs Phoenix staged a demo at the event which received much support from bystanders. If the category had been in place Phoenix's Malcolm Kemp would have been gold medalist and Andrew Haig bronze. As it was they competed as O60 team members. 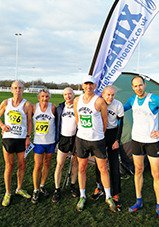 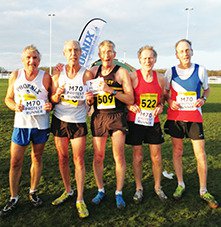 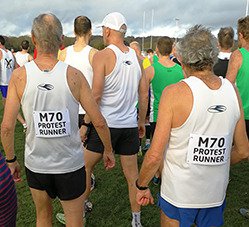