Phoenix at the Prom

Phoenix at the Prom

As a beautiful blue sky and unseasonably mild weather drew crowds to the promenade for a few steps by the beach and strokes on the paddle board, about 400 runners converged with a final warm up jog and strides towards the start line of the penultimate race of the 2018 Sussex Grand Prix.

Arena 80's Hove Prom 10k promised a fast course and the Phoenix contingent duly obliged, delivering an impressive array of strong performances. One of our most remarkable collective achievements was the turnout from our members: a total of 31 Phoenix runners participated, representing almost 10% of the whole field and more than a third of all club runners.

The only obstacle between our team and those coveted PBs and prizes was a sea of lactate. Phoenix embraced the pain, led by Ian Leitch who won the men's race in 31:38 with a minute's lead on the second runner.

Although the weather warmed up during the race the wind remained very mild and the conditions great for breaking some personal bests, and we certainly made the most of it as we skilfully circumnavigated cyclists and high-fived children to bring home the following trove: Paul Weir came 9th with a new PB of 35:18, Steve Atkinson took 15 seconds off his PB (and the V50 prize as a bonus!) in a stunning 36:03. Lewis came 13th with a new PB of 36:07, Sean smashed 37mins by 6 seconds, Matt in 37:08, Cyril joined the sub-40 club with a 2:22 PB thanks to Steve Selby's skilful pacing, Phil dipped under 42min with a new 36s PB of 41:46, Richard lowered his PB by almost 8 minutes in 44:19, and Chris Berry broke 45 in 44:46.

Although some are threatening to boycott Hove Prom 10k until the biscuit medals are brought back, Arena 80's organisation, support and encouragements for all runners was outstanding, and whoever was in charge of planning the weather should get a well-deserved pay rise!

Thanks to Cyril for sending this report. 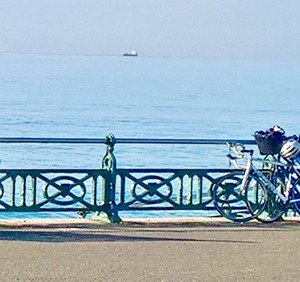 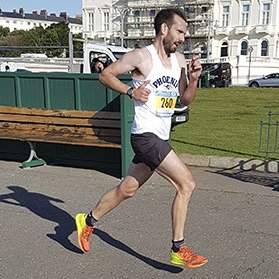 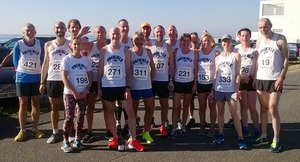