by Geoff Pike, 13 Sept 2017
It's 4:30 am on a wet and windy Saturday in September and I find myself pulling on a GB tri-suit. If you had told me when I was 20, 30 or even 40, that one day I would be able to go for a run for a solid hour without difficulty, I'd have been very surprised. Years of suffering with asthma had left me with a view of myself as someone unable to take part in athletic endeavours. Yet here I was, aged 54 and about to swim, cycle, and run 140.6 miles on a single day. And doing this as part of the GBR team in the European Championships. Something I would not have dreamt of dreaming of until recently!
This was my second long-distance triathlon. The first was an Ironman in Maastricht last July, and from my time in that one (11.45), and much to my surprise, I discovered I had qualified for the GB Age Group Team (50-54) at the European Championships at Almere-Amsterdam, Holland.
I would highly recommend Challenge Almere to any long distance triathletes - a well-organised and nicely structured event. But being part of ‘Team GB' made the experience even more special. Other team members were very supportive both on and off the course. And I did of course feel hugely proud to be wearing a GB tri-suit.
I found the 3.8k swim very hard, partly I think as it was my first large, mass start swim. It was mayhem for the first kilometre, especially at the turns. In the frenzy my Garmin got kicked and stopped and I somehow ended up with bruising across the top of my right foot. My swim time (1.09, but not on Strava obvs!) was slightly disappointing being more or less the same as the previous year, despite a lot of swim training.
I am not good at transitions but these went reasonably well for me - 6mins each despite a long jog with your bike.
On paper the flat 180k, 2 loop, bike course might look bit of a breeze but it is hard work, especially with any kind of wind, as the course is so exposed. The 10-15mph wind on the day sucked a lot out of me in the last 40k. However, it is spectacular cycling with 30k plus straight along a dyke and through wind farms, and on this day with a nice tail wind. But the trouble with a tail wind is you know it's got a head somewhere, which will come back to bite you sooner or later!
My regular time-trials on the Basin Road (between Hove Lagoon and Carotts Café), and long rides to Chichester and back provided excellent preparation for this race, as both are flat and often windy, so help you adapt to long spells riding on the aero bars. I was very happy to get off the bike in 5hr 32min - a 50min improvement on the previous year with bike improvement my main focus for the event.
And finally, on to the marathon (6x7km loops). Ouch! I've never felt closer to stopping in any race than after about 18k of this one. My stomach was knotted, I felt sick, found it difficult to eat or drink, the sun was now out (damn it), weather had finally got warmer, and my legs were staging a mutiny! I probably slightly over did it on the bike, and then I made the schoolboy error of running too fast at the start. I was oblivious to my pace as I chatted to a fellow GB athlete for the first loop only to discover he was aiming at a time half an hour quicker than mine...doh! I held on (by the skin of my teeth!) for 3 loops, but gradually slowing up. I watched and sympathised as the local heroine, Yvonne Van Vlerken, ran past and threw up in front of me, and then went on to win the women's race - fair play to her! Joe Skipper, a GB athlete, won the men's, in the eye watering time of 7hr 59 mins!
With the finish in sight I managed to summon some strength from somewhere and did the last loop quick enough to sneak in a sub 4hr marathon, by a massive 11 seconds! I was slightly short on run training due to an Achilles injury in the previous six weeks, and this took its toll a little but nevertheless I was unbelievably happy with the overall outcome. And hugely relieved to cross the finishing line, 10 hours and 54 minutes after I started. With family and friends there to support, and cheer me over the line, it really was one of the proudest moments of my life!
Jon Pike, Phoenix Triathlon coach, deserves credit for his support and advice in preparing me for both this event and the Ironman last summer. His knowhow and experience enabled me to perform to a level beyond what I believed possible. But I should also mention the enormous impact Kurt Charnock and Brighton Triathlon Race Series (BTRS) had in providing an open and accessible entry to the sport of triathlon, without which I may well have never started in the sport.
But it is not just expert advice and long hours of training (average about 8-10 hours/week for about 18 months) that's got me here. It's daring to shrug off the heavy habit of believing that athletics and aerobic exercise were things other people did. Starting to have a go, and then keeping going, building up, a bit more each time until finally you find yourself, and to my enormous surprise, to actually be an athlete!
The potential of clubs like Phoenix to change lives, create athletes and enable dreams is enormous... 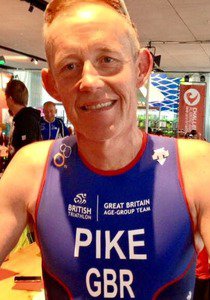 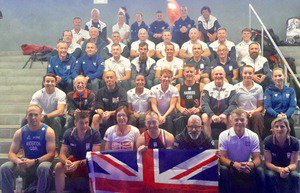 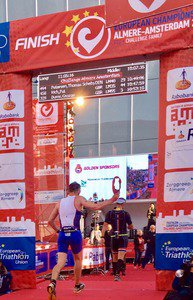 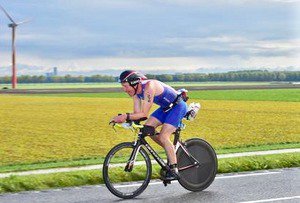 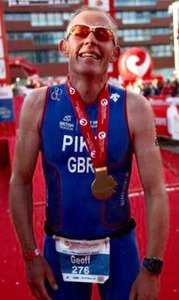 « Challenge at Heilbronn Hiighlights from the Youth Teams »