Phoenix was represented twice in the Anniversary games with Charlie Grice and Robbie Fitzgibbon competing in the final of the men's 1500m on the 9th July.

Our athletes ran in what was a thrilling final with Charlie overtaken in the last 100 metres to finish 5th with Robbie 15th against an international field. Britain's Chris O'Hare took gold in 3:34:75. 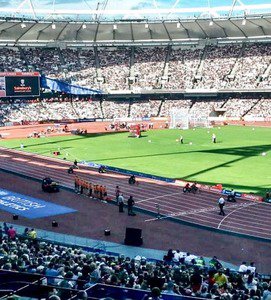