97 miles of the South Downs, 4 Phoenix teams of 6 runners each, 4 drivers - the things some people do for a day out!

Phoenix B team
It was with some trepidation I joined the Phoenix B team this year - as the only woman I was worried my lack of running skills would leave the usually medal winning team short! As it happens there was no need to worry as the team couldn't have been more welcoming. It was inspiring to run along side such fantastic runners; Paul who kept legs cramps at bay to slay his leg 17 demons, Richard for finding the energy to run up Cocking Hill, Jim for his tips on running and hair management, Andy for replacing the replacement with only 2 days notice and Malcolm who had to manage last minute team changes from another county! Thank you also to the amazing Louise who drove the bus with skill and stayed awake and lively to keep the conversation going all the way home!

The day started out as a head to head race with the Phoenix women. We all agreed it really made the day having another team we knew to battle against on the Downs - one minute the B-team were leading, then next the women however we did manage to pull a small lead & keep it by the final few legs. The B-team were all within 5 minutes of their estimated times (except me who greatly underestimated my running speed!). We finished 15minutes under estimate, a whopping 20 minutes faster than last year. Here's wishing Phil & Brian well who both, regrettably, had to pull out due to injury.

For the purposes of a report on the day, it all went very smoothly and was great fun. There was talk of competition in relation to who ran nearest to the times I had predicted, who ran cumulatively faster than the prediction, who ran cumulatively closest, and anything else I can't remember. Well taking each leg in isolation Hannah ran within 3 seconds of the predicted time I gave her on leg 10, and Caz was a close second by running within 6 seconds of the prediction for leg 16. Taking a cumulative approach; Lizzy was closest being only 1:01 away from the predictions for all three added together and no one was far out, Mel cumulatively faster than the prediction by 3:55 which was the biggest variance and to be celebrated as it was in the right direction (i.e. quicker than predicted). Most important is that Hildi delivered us to each and every leg safely and in good time, complete with non-stop entertainment and bunting decorations."

"After some excellent training sessions and strong race performances in the build-up to the relay we set out with high hopes and half an eye on breaking the 11 hour barrier. We had a 50:50 mix of old-hands (Matt, Tobias, Donald) and novices (Jonny, Tom, Paul) in the team and with the experienced Ro at the wheel we were able to rely on expert driving, navigation and recording of times through the day.

Aside from a couple of navigational hiccups we all ran fairly close to our estimated times - although as the day went on the heat and headwind saw our optimistic 11 hour target begin to slip away. This shouldn't detract from some brilliant racing and gutsy performances all round. Particular praise goes to Jonny McCormack for beating his overall target time (thus walking away with a cool £12 in the sweepstake) and to Donald Maclellan for battling against the effects of a heavy cold throughout the day. As spectacular as the views were, and as enjoyable as the event was, it'll perhaps be hardest to forget the increasingly sinister whispers from the back of the van as he lost his voice...

We crossed the line in 11:33:50. Thanks and well done to the whole team for their efforts not just on the day but in the build-up - it was great to have such a strong team ethic. It's a very tough event but a huge amount of fun with it - I certainly hope to be back for another go soon!"

Congratulations to the Phoenix Badgerswho finished second in the race to break the course record - beat by stubbington Green by only 4 minutes.Times to follow when they are posted.

All those who ran would like to any a huge thank you to Matt for his role in promoting the event within the club and communicating with the organisers and to the intrepid team of volunteers who marshalled the Ditchling Beacon handover. Without you guys the run would not have happened. 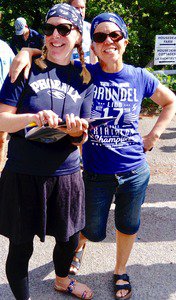 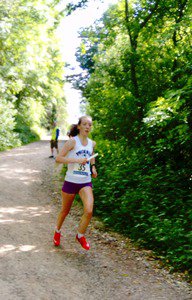 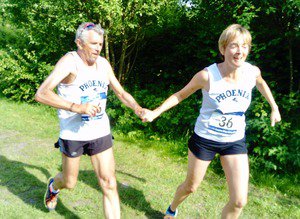 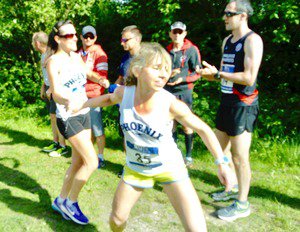 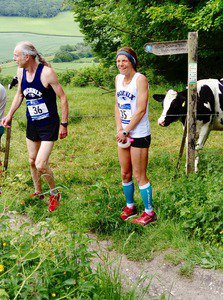 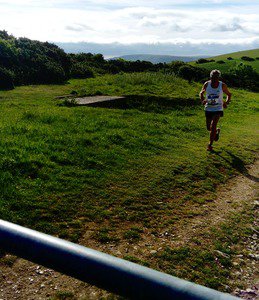 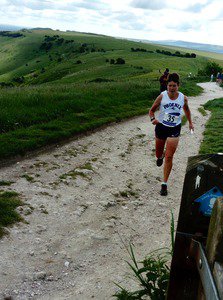 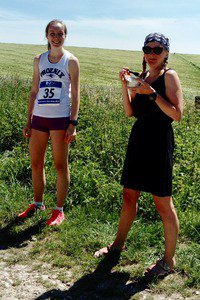 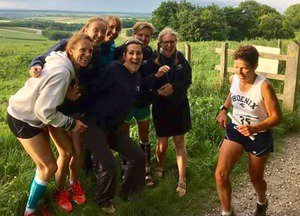 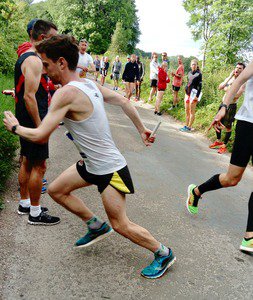 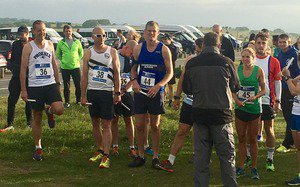 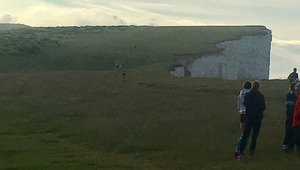