The conditions at Bexhill for the Sussex x-country championships were the best they have been for some years; normally ankle deep in mud this year the ground was firm with no wind. The races started with the girls U11's with the Phoenix only runner Mekdes Berry finishing in a good 9th place. The U11 boys followed with both William Muzio matching Mekdes in finishing in 9th and Matthew Noakes just behind him in 14th place.

In the U13 girls unfortunately Emily Muzio was tripped in the mass start but did very well to get up and demonstrate the Phoenix fighting spirit to fight her way through the field to finish in 19th place. Her sister Ciara was the first Phoenix runner home, going one better than Mekdses and William to finish in 8th place with Taya Gilbert completing the team finishing in 38th place.

It was the U13 Boys that provided the first medal of the day with Lukas Nerurkar just getting beaten in the race to the line to finish in the silver medal position. He was followed by Joe Checkley in 18th, Sam Checkley in 24th, Cassius Hebden in 34th and Eddie Harrison in 37th.

The U15 girls provided our second individual medal with Alice Wright finishing second to win silver. Alice was followed by Rachell Berry in 10th, Mia Edwards in 15th and Madelaine Parmar in 23rd, with the team securing the first team medal of the day for Phoenix with bronze.

The first individual gold medal of the day came in the U15 boys with Leo Brewer having a fine run controlling the race at the front from start to finish to become Sussex champion. Unfortunately the only other Phoenix competitor Zach Ebden had to retire after turning his ankle but well done to Zach for making the effort to go to Bexhill.

Phoenix were now on a roll and in the next race the U17 girls provided the second individual gold and the only Phoenix team gold. The team were led home by Almi Nerurkar who like Leo controlled the race from the start. Almi waited a little longer than Leo before breaking away from the leading group, which included Naomi Fonteyn who just missed out on the bronze medal in the run to the line but had a fine run to finish 4th. Connie Jankowski completed the gold medal team finishing in 13th place. Unfortunately Anna Berry and Holly Luscombe were unable to finish the race but should be commended for starting the race.

There were no Phoenix starters in the U17 boys race, which is the first time for many years. Given the numbers of juniors at training at Phoenix every week, the turn out for the county's most important x-country race was disappointing, hopefully next year this can be rectified. However this should not distract from those who made the trip to Bexhill and who all tried their best and should be commended.

It was a case of men before ladies with the senior men's race being next. The senior men's race also included the U20 men's race, with the U20's running 3 of the 4 laps run by the senior men. At the end of these 3 laps it was Dan Stidder who finished first taking the U20 gold medal, leading the other U20 runners from start to finish. Billy White moved through strongly on the last lap to take the U20 silver medal. Meanwhile at the front of the field in the senior race Jon Pepper broke away from the leading group to win the 4th individual gold of the day for Phoenix, this was Jon's 5th senior title. In the race for the other medals Max Dumbrell was having a good run but just missed out in a three-way sprint to the line to finish in 4th place. Despite many Phoenix athletes being absent those present all ran well with Patrick Acaye 16th, Darryl Hards 20th, Sean Parker Harding 37th and Donald Maclellan 38th completing the Phoenix team that finished with the bronze medal. Next home for Phoenix were Alex Cruttenden 45th, Jonny McCormack 47th, Paul Weir 49th, Ash Dorrington 54th Austen Hunter 63rd.

It was the ladies who finished the days racing. As with the men the U20's ran with the seniors but unlike the men the U20 women ran the same distance as the seniors making it difficult to work out positions. Tara Bage who has been running well decided to be brave and ran hard from the start and although in the U20's she was fighting it out at the front of the field with the top 10 seniors. Unfortunately, Tara faded towards the end of the race and was just beaten into silver medal position in the u20 race but still had a fine race finishing 12th overall and should be commended for her bravery. Just behind Tara was the first senior Erica Martin who finished in 15th and did well to continue after a nasty ankle twist in the woods. Erica was followed by Carroline Garrett 43rd, Isobel Anderson 50th, Sarah Russell 61st and Lucinda Ganpatsingh 65th.
Well done all those who ran.

Thanks to Bruce for this report 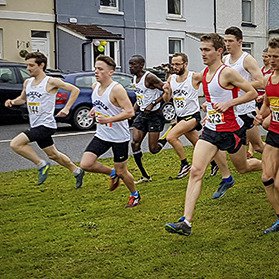 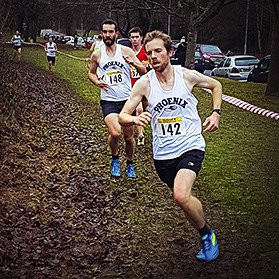 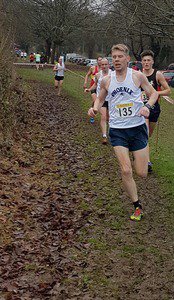 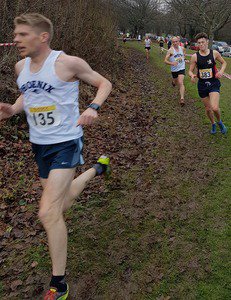 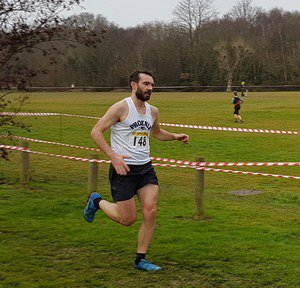 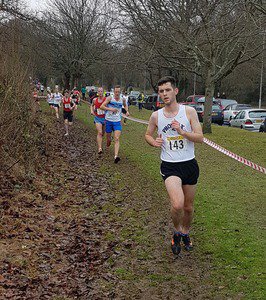 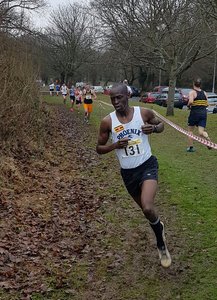