April 12th saw Brighton Phoenix member Jon Pepper run the 4th Brighton Marathon in a blistering 2 hours 20 minutes. Ensuring a new club record, Jon was the first British runner to finish, coming eighth overall.His time broke Matt Patterson's time of 2:23:53 set way back in the early 1980s. Both Matt and Steve Ovett had been following the outcome of Jon's run and they sent their congratulations this week.

Further cause for celebration followed shortly after with Bruce Warren finishing 20th with a time of 2:52:15 and Liz Durman, making her marathon debut, coming 32nd in the women's race (3:26:28).

With 18,000 runners the marathon is now one of the top 12 events in the UK with televised race coverage and huge local support.

Keep watching Phoenix news as the Marathon record could well be under threat again this weekend as Iain Leitch is looking to challenge it. Could we have two club records in one week? 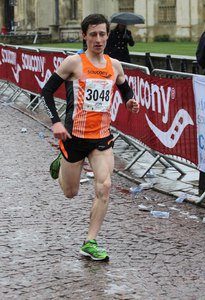 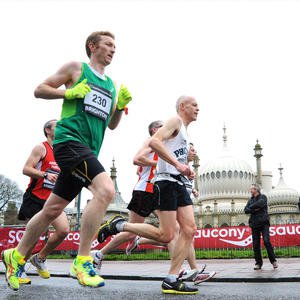