Under 13 girls
Saturday 2nd of March saw the Phoenix Under 13's girls win the county cross country league team championships by 8 points from Hastings. In an exciting final race Almi Nerurakar took the win with Chloe Watson 7th, Louisa Saunders 22nd Claudia Betts 26th and Izzie Whitelegg 30th to clinch a fantastic team Gold. We were three girls down both Naomi and Charlotte were away and Ateya not well. It was hugely exciting season which was capped off with Almi Nerurakar winning individual gold and Naomi Fontyn taking the bronze. Thank you to everyone who raced and helped the team through the season.
Roy Hayward

Under 13 boys
With just Zachery Ebourne representing Phoenix at Lancing, this group were down at 11th place for the season. Well done to Zachery.

Under 15 boys
There has been no girls team throughout the season but the ever reliable Will Russell and Christopher McGarry competed and the team ended with a creditable fourth spot.

Under 17 men
It was a terrific season from this group too and although there were just two racing at Lancing – Jake Alger winning, with Sam Kitchen 5th – this was enough for them to win team gold. Jake won individual gold.

Under 17, under 20, senior and vet women
Just three runners on the day but congratulations go to Megan Bradford, Liz Halliday and Lesley Fairbairn for maintaing second overall position for the women's team which means promotion to division 1 next season. Liz Durman, Anita Jones, Paule Kremer and Erica Martin helped set up the success in earlier races. The vet team scored 11th overall.

Senior and vet men
Against all the odds – there was only one senior running (a fine 6th place by Daryl Hards) – the seniors managed to finish in silver position for the season thanks as ever to the vets making up the team. On this occasion Nigel Heron, Andy Bone, Daren Elliot, Jim Whitelegg and Lance Bellers were the saviours. Ironically, such is the quality of vet running in the county, this was only sufficient for bronze place in the vets competition. Phoenix vet B were 9th out of the 20 scoring teams. 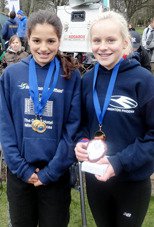 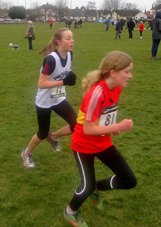 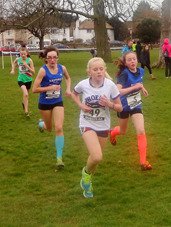