How long is a half marathon, anyway?

The course starts and ends on grass via a narrow funnel. This results in a somewhat hazardous start, as runners look at their feet and try not to trip. By the end of the race, the grass had turned to mud and traction was very hard to find.

The course itself has several significant features. The first of these is a kilometre-long steep uphill section at about the three mile mark, immediately followed by a correspondingly steep downhill back to sea-level. Other than this, the course is pretty flat. Perhaps because of this, runners attack the hill quite hard. It is tough.

The second feature of the course is that a large part of it is an out-and-back on the seafront. Few Phoenix members will need reminding that seafront running more or less always means spending half your time running into a headwind. In a half marathon, that can be quite tough.

The third feature of the course is that it has many, many sharp corners. The fourth feature is that these corners often involve rapidly changing surfaces or gradients or both, e.g., taking a right-angle to run from concrete onto a humped little metal bridge. This can be tough.

One reason that there are so many corners is that the course route is extraordinarily intricate. On many occasions, impeccable marshalling is required to ensure that runners are sent in the right direction.

The final and most important feature of Eastbourne Half Marathon this year is that the marshalling sadly fell far short of being impeccable. Several Phoenix runners had to repeatedly shout, “Which way?” One had to stop when the answer was not given in time. At least two went the wrong way and covered extra distance. Daryl Hards was in third place when he was directed the wrong way, with the result that he ran an extra half-mile and ended up in 12th. That is beyond tough.

It is always upsetting when one hears – far too frequently – about marshals and other volunteers being shabbily treated by ungrateful runners. Nevertheless, getting the distance (Brighton!) and directions (Eastbourne!) right surely have to be right up there among the things that need to be prioritised. 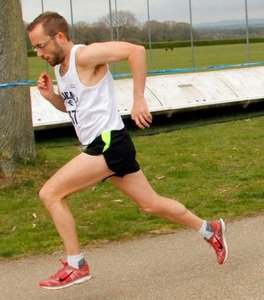