The new look Phoenix Races took off like a rocket on Sunday. For the first time in 30 years we had both Sun and Warmth for the start of the event. The Under 11 girls showcased the next generation of talented youngsters coming into our sport with a titanic battle between Amber Anning, Almi Nerurkar and Naomi Fonteyn. These three athletes are surely going to be entertaining us with close races over the next few years. Running exactly the same time as Amber Anning her teamate from Brighton and Hove Joe Barker won the Under 11 boys with Phoenix /Lancing Prep’s Charlie Warren 4 seconds behind in third.

This years Friday Ad Mile was up in numbers and also up in quality. Phoenix's Will Durkin shared the same time as Dan Stepney in a new course record of 4:36. In fact they almost shared the same pair of shoes as they crossed the line together with Will just outleaning Dan. Worthing's Mark Burchett took third place having lead early on. It was good to see Phoenix star Flo Pepper back in racing action as she took the women's race from Abigail Ashbee Simmonds in a time of 5:12.

Crawley dominated the Under 13 girls race with Rebecca Chee a fine winner. They also had 2nd and 4th and easily took the team title. First Phoenix athlete home was Elorah Mann who had her best run out for the club so far. It was also great to see so many Phoenix vests in this race. In the boys race Archie Davis turned the tables on Matthew Berridge who had beaten him at the first Sussex League Cross Country. Phoenix also took the team title as Harry Swindells had a brilliant run for 4th place. Not far behind were Max Winter, Jack Etherton and Millan Donna. The Under 13 boys are looking good in depth this year.

The under 9 girls saw yet another of the super speedy racing Cooks from Bodyworks win as Bethany Cook triumphed beating Phoenix athlete Lydia Whitworh into second place. The under 9 girls had 74 finishers! Bethany's team mate Leo Standen Payne took the boys race. there was drama here just before the finish as Lukas Nerurkar who had been on the shoulder of the winner fell just before the grass finish. Gamely he got up to finish in third place as Daniel westwood passed him.

The smallest field of the day was in the U15/ U17 girls race. Grace Cook led Bodyworks to the team title with a runaway victory in the U 15s and Lauren Bourne of Worthing took the U17s. In the boys races we saw some determined front running from Jake Elliott to take the U17 title and it was great to see the ever improving Ryan Elson get 2nd in this race. Billy White was dominant in the U15s and sam Kitchen had perhaps his best distance race so far as he passed top County runner Jake Algar for 2nd place. With Will Russell running strongly for 8th place Phoenix won the team event.

The new course was well received by the athletes and created great spectator opportunities as you could see the entire race unfold. Now if only we can guarantee the weather next year.

Many thanks to all our sponsors...Geneva investments, Friday Ad, Saucony and the Brighton Marathon who provided us with gallons of free water. Even more thanks to all the volunteers who helped out on the day and congratulations to David Powell on a good job in his first year as Race director of this event. 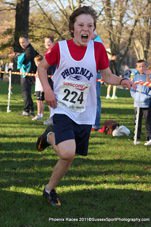 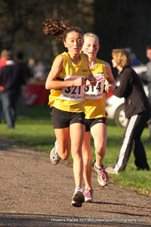 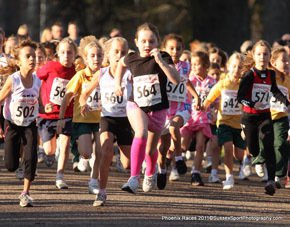 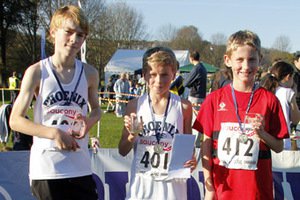 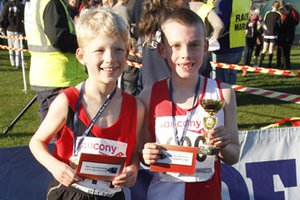 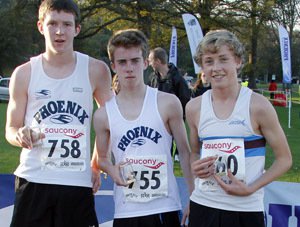 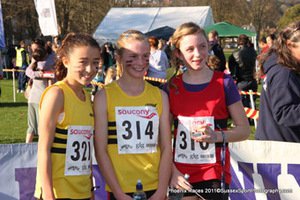 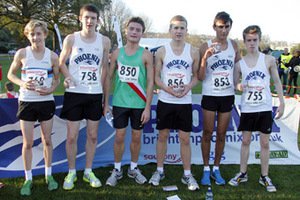