Charlie, Ray and the Under 13s kickstart the track season

Honours go to Charlie Grice who was running in the Global Athletics meeting in Nijmegen on 25 May. His 1500m time of 3:44:03 takes .46 seconds off the twenty seven year old U20 record held by Phoenix's Johan Boakes. Charlie now holds the second fastest 1500m time in the county this season.

In the Masters County Championships at Epsom on Saturday 28th, Ray Matthews won V45 gold in the 1500m in 4:36, a time that would also have won him the V40 title.

Also on Wednesday 25 May the first meeting in the U13 league was attended by a good number of athletes in both boys and girls teams. The managers for that age group, Quenton Davis Jude Matthews and Paul Vidler continue to do a great job.

An improved turnout from the boys compared to the first match last season and some great performances meant we took 3rd spot in the boys competition (only 5 pts behind Brighton & Hove in 2nd) our highest for some time.The boys excelled onthe track and in the jumps which was highlighted in our overall position considering we had no participants in any of the throws.The evening was rounded offwith avery excitingPhoenix double winning relay finale.

The girls all put in a big effort, showed great attitude and team spirit and had a lot of fun.This was the first of these events we've taken part in and we had a fairly small group so weren't able to take part in (and so score points) all the events so overall a great performance which we'll build on over the rest of the season. 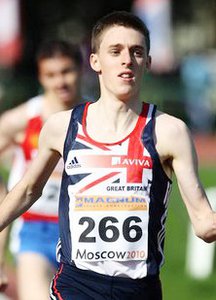