Following the final Sussex Cross Country League at Bexhill on 12th February, Phoenix athletes across the age groups from Under 11 to over 70, achieved medals for top 3 placings, in the race for the best points score across 3 of the 4 races.

Starting from oldest to youngest, Terry Avey once again ran his usual Parkrun in the morning, and followed it up later the same day with a win in the over 70's category.

Nigel Herron ( pictured ) decided to concentrate on Cross Country and earned himself a 2nd place overall medal in the over 50's category.

Further down the age categories, Owen Wallek made it four out of four to win the Boys under 15 1st place medal and Katherine Haslip repeated that feat in the Under 11's as both athletes warmed-up for their attempt at high placings in the National Cross Country on 26th February. 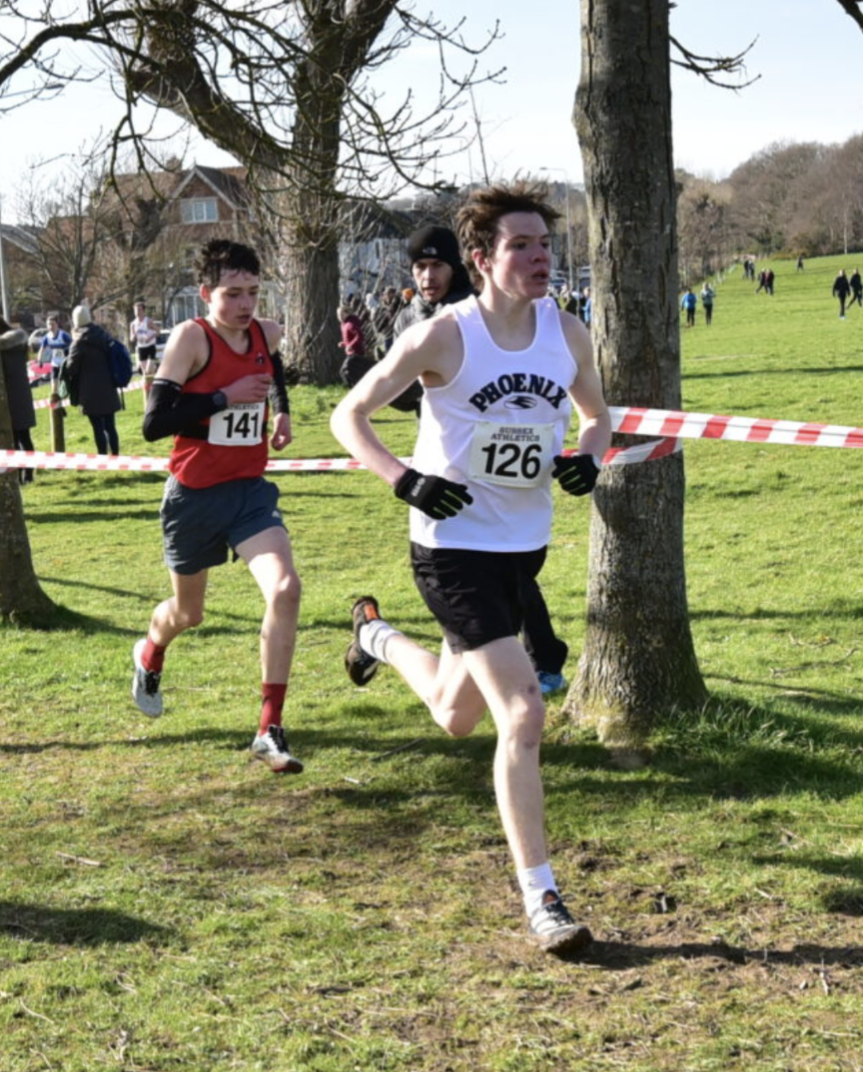