A string of recent great 1500m performances, culminating in George Mills’ win in the British Indoor Championships, has once again confirmed our longstanding status as one of the top middle distance clubs in the UK.

After recent indoor pbs in Athlone (9:18.53 3000m) and at Lee Valley (4:42.94) Beth Kidger continued her fine form in the British Indoor Championships in Glasgow last Sunday February 23rd with a 1500m pb of 4:22.75, which earned her 4th place in a very tight finish, just a whisker off 2nd place and less than a second behind winner Holly Archer.

In the 1500m at the prestigious Muller Grand Prix event in Glasgow on February 15th there were just five British athletes selected,  and three of them were from one club - our own Charlie Da’vall Grice, Archie Davis and George Mills. The field was truly international class, with Marcin Lewandowski and  Kenyans Bethwell Birgen and Vincent Kibet amongst the starters. George produced a great pb to finish in 6th place in 3:39.25, and was followed home in 7th by Archie Davis  in 3:44.48. Charlie had to pull  out of the race but bounced back in the best possible way, setting a new Phoenix club indoor record of 3:38.95 four days later at the World Indoor Athletics Tour Meet in Lievin, France.

George went on to produce a stunning performance the following week in the Final of the Men’s 1500m in the British Indoor Championships , claiming the  title with a devastating finish in a  slow tactical race; his finishing time of 3:50.69 was some eleven seconds slower than his performance at the Muller Grand Prix a week earlier but much more importantly  nearly 2 seconds clear of his nearest rival. 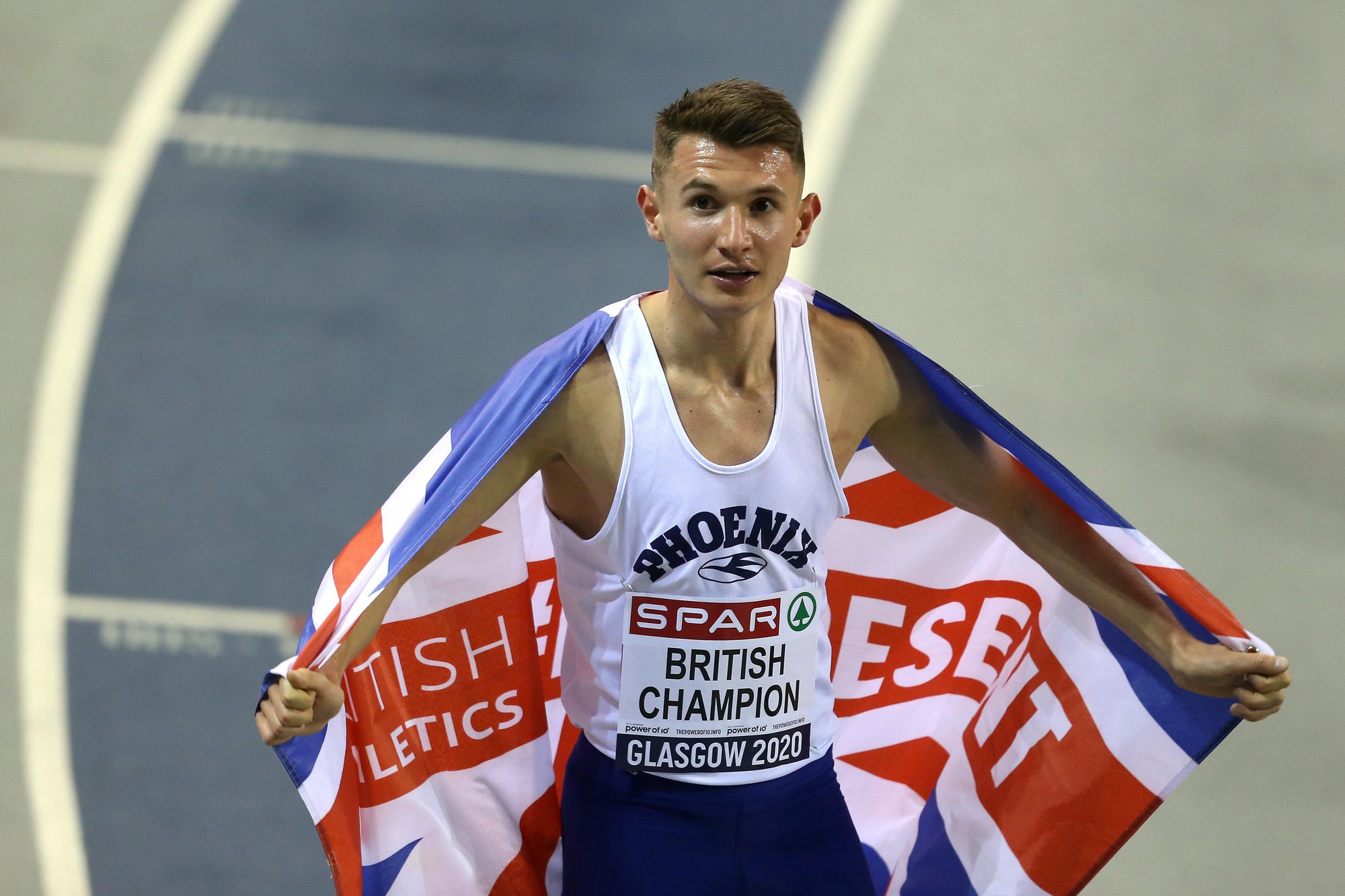