"Falmer was my first triathlon, and after going along to the swimming sessions and the turbo/multisport sessions with Liz Halliday it felt like the next thing to do. Before it had always been cycling that put me off, but once I had a road bike that wasn't an excuse.

The sessions with Liz helped me gain confidence in cycling and using my cleats. It was also good practice with going straight from cycling into running which took a while to get used to. I learnt lots of good techniques for cycling, especially for tackling hills (like Ditching Beacon!!).

I was quite intimidated about doing a triathlon as it felt like you needed to know so much, but going over the transitions and practicing each of the changes really helped, so I felt well prepared for Falmer.

The Falmer triathlon ended up being lots of fun actually! It was the longest cycle I'd ever done and with the most hills, but it was so well organised and friendly that I actually enjoyed the cycle the most out of the three, which surprised me. Maybe the lovely weather helped with that!"

Here's to many more, thanks Hannah for this report! 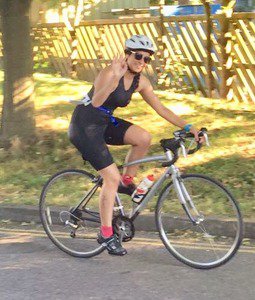 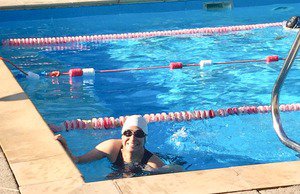 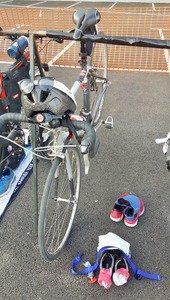