Mark Cossey was asked about his recent success at the Falmer Triathlon, July 8th:

"There is actually a bit of a story behind this which started late September last year. Around that time I'd almost completed a training block for a 10 mile running race in October. I was feeling super fit and reckon I was on for a PB and would then be heading into another good training phase for VLM spring just gone. Unfortunately, whilst riding my motorcycle home one Friday after work, a car pulled out from a side road into my path and I crashed into the side. I ended up in hospital with a few nasty injuries. The recovery was slow and it was a few months before I could do anything remotely physical.

Not wanting to get back on a motorcycle again and not having many options to get to work I decided to cycle. My old hybrid bike needed a bit of TLC so after watching a few ‘how to' mechanical vids on the GCN YouTube channel I eventually got sucked into watching other road and cross bike vids and decided to spend the insurance money on a second hand cyclocross bike. The low impact nature of cycling helped me build up some strength and early spring this year, my run training and fellow PHX member Milan talked me into the run / bike sessions. I was hooked after the first session and went to as many as I could after that.

Somehow I suffered a ‘finger slip' episode that seems to be common at the club and accidentally entered a beginner friendly Triathlon at Falmer. Turned out that Hannah and Andrew, who were also run / bike session regulars had signed up for the same event.

The motorcycle collision was a proper low point for me so the training and group sessions helped clear the clouds and after some time restored my fitness. That combined with some PHX weekend long rides with Andy and Mike and as many mile rep sessions as my knee and foot could handle meant I was soon back in action.

I'd never swam freestyle before so not having the confidence to join the club sessions (ridiculous I know) I got myself a 121 crash course and practiced at practiced at the Prince Regent in the mornings before work. I've found the swimming really difficult so knew this would be the weak spot.

My plan for the triathlon was to get through that swim as efficiently as possible and not use up too much energy. It took me nearly 13 minutes (I'm sure they made me swim too many lengths!) and according the stats I was in 71st position out of 103 when I got out of the pool. In T1 I had Liz in my head talking about socks so I spent a few extra seconds putting them on. A well practiced flying mount saw me leave T1 with gritted teeth having made up 6 places. I gunned it on the bike losing count of how many people I passed (stats confirmed I made up 42 places) and coming into T2 was a blur. Heading back out on my feet for the 5.1k undulating run was something Liz had us practicing over and over so I was ready. My training buddy Milan was out in Stanmer Park offering words of encouragement and I made sure I used up every last bit of gas I had. The run saw another 5 places made up so finished 18th overall. I only found out later that afternoon that I was the first novice. It was a really nice surprise (not sure if there was a prize though).

It goes without saying that I have the bug now and I'm working on my wife to let me upgrade my £350 cyclocross to something made of carbon. I think I'm ready to join the club swim sessions now too.

Liz (Halliday - coach on the Monday sessions) probably doesn't know it but her sessions and coaching, as well as my fellow Phoenix club mates have brought me out of a bit of a dark patch after the motorcycle crash so I can't thank them enough. The race result was the cherry on the cake.Phoenix all the way! "

Thank you Mark for this truly inspiring report. 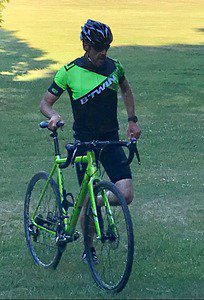 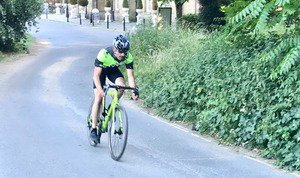 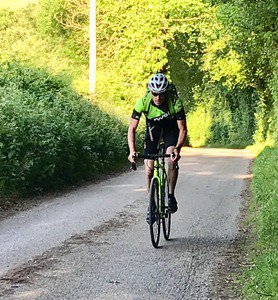