The Wonderful Wills and Phenomenal Phils & Pauls emerged as the top teams from a bumper turnout of around fifty Phoenix members at our latest flashmob parkrun on Hove Prom on June 9th.

The Phoenix First Name Challenge was the brainchild of supervet Andrew Haig (though his Amazing Alexes & Andrews team had to settle for mid-table mediocrity – Ed.).With just two members the small but beautiful Wonderful Wills team - Will Wakefield and Will Russell - achieved the best average finishing position of 17th, closely followed by the Passed Over P’s(race winner Pat Acaye plus Pete Goodman and Pat McGuinness).The somewhat older Phenomenal Phils & Pauls - Phil Grabsky, Phil Hampshire, Paul Wishart and Paul Whelpton - claimed an unsurprising victory in the age-graded competition with an impressive 81% average; theMarvellous M’s (Milan Watson and Malcolm Kemp) were next on 79%. Dodos team member young Otis Carter (clearly profiting from his mum and dad’s genes and/or training regime) achieved a noteworthy age-grading of almost 79%.

There were many other impressive performances but of courseour flashmob parkruns are notthe most seriousraces of the year,and are intended mainly as a social get-together for Phoenix members of all ages and standards and their families. With fine weather, a huge turnoutand plentiful chat coffee and cakes afterwards this one was definitely a resounding success 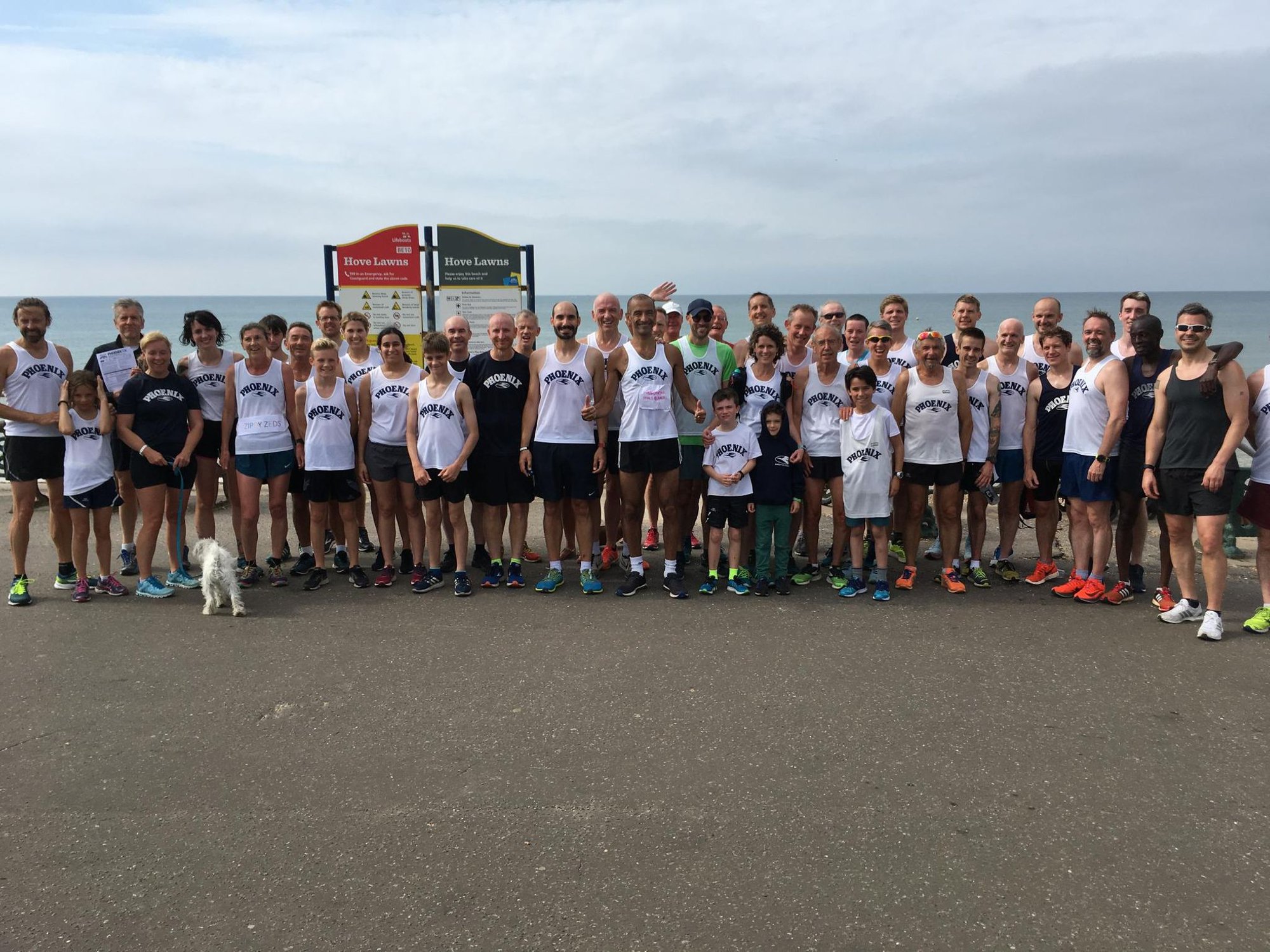 « All the Way: part 3 Blackcap Handicap »