Plenty to Crow About!

Phoenix finished the Sussex Grand Prix season in style at the 17th and final race of the season over the notoriously hilly 10k course (complete with two ford crossings!) at Crowborough on December 4th.

As far as the overall Grand Prix competition is concerned official results will take a few weeks to be finalised, but we are now certain of our status as this year's winners of the Grand Prix, thanks to victories in the Mens Open and Mens Vets' Team competitions, and second place in the Womens Open competition. in the open Men's competition it looks as though five of the first 10 places will go to Phoenix runners.We also have age category wins for Donald Maclellan, Paul Whelpton, Malcolm Kemp and Andrew Haig, as well as likely 2nd or 3rd place age category medals for Caz Garrett, Steve Selby, Phil Grabsky, Ella Grabsky, Alex Cruttenden, Paul Weir. and Georgia Flowers.

The transformation in our womens' team has been truly spectacular this season. In 2016 just two Phoenix women completed five or more Grand Prix races and the team finished 12th in the Womens' Team competition. This year 12 of our women clocked up over 5 races and until injuries struck we were in the running to take the Womens' Open title - which has to be next years's target!

Post-race celebrations took place at the Wick Inn, where the winners of our vote for Phoenix Grand Prix Athlete of the Year - Izzy Anderson and Andrew Haig - were awarded their trophies. Izzy organised the revival of our Women's Team this year, as well as completing the necessary quota of 8 races despite her pregnancy coinciding with the whole 9 months of the Grand Prix season! Andrew is our all-time Grand Prix champion, regularly completing more races than anyone else and winning his age category unfailingly for more years than any of us can remember.

Team spirit has been fantastic this year with 25 or more Phoenix runners regularly on the start line - and massive contributions to the team from many of our less speedy athletes who finished outside the individual medal places. Provisional dates for next year's fixtures are already listed on our website to go into your diaries, and a revised format will mean that even those unable to pull in the new minimum of 6 races (which is needed to compete effectively for individual medals) will still be able to significantly boost our chances in the team competitions. 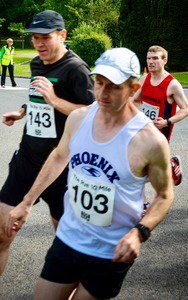 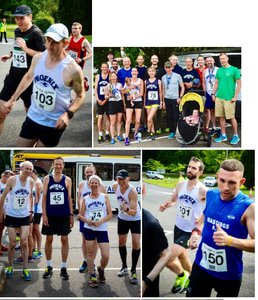 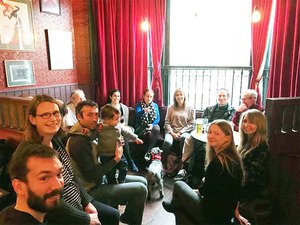 « Record back in local hands Almi succeeds for Sussex »