Phoenix athletes: Your Club needs YOU!

Phoenix Athletes: Your Club needs YOU!

Sunday saw the third race in the Sussex Grand Prix series with the Haywards Heath 10 mile. The Phoenix women were out in force with some spectacular performances with Bobby Searle, Caz Garrett and Hannah Carey claiming the Women's Team Prize and Zeina Clare putting in a gutsy performance despite a nasty fall.
There were many other outstanding performances at Haywards Heath, with four Phoenix men in the first 20 finishers (Paul Weir, Jonny McCormack, Alex Bonzi and James Miles), Andrew Haig knocking two minutes off his previous run at Haywards Heath to claim the V70 prize and Paul Whelpton finishing ahead of all the V50s.

Alex Bonzi and Hannah Carey deserve special mention as they both raced the East Grinstead 10-miler the previous day and still had something in the tank for the Burgess Hill 10k to complete the 3 races in the ‘Mid-Sussex Marathon Weekend' races.

Our top ten male runners at the Eastbourne Half averaged around 465 points each, a total beaten by only one other team (the Seaford Striders) on the day. Our turnout and points were lower at the Hastings Half with only 7 male scorers, but we bounced back at Haywards Heath last Sunday with (on our estimate) our 10 men averaging close to 475 points each, easily the best scoring male team on the day. (We won the SGP Men's Title last year with an average score per runner per race of around 465 - based on our top ten men's 8 best races.) Women's turnout has been lower (Eastbourne 5 Hastings 1 Haywards Heath 9) so no useful average score data to scrutinise yet, though Haywards Heath scores will be good with 3 of our women scoring over 490.

With only 3 of the 17 races gone, Phoenix are already looking a good bet to retain the Men's Title, and our women have a very strong chance of finishing amongst the medals if they can get 10 runners to complete 8 races.

There will only be 11 SGP races left after the 3 May events ( May 7th Hastings 5-mile, 21st Horsham 10K and 28th Rye 10-mile). Some of the races later in the year (including the Phoenix 10k) double as Sussex County Championship events so attract especially large and high-quality fields which naturally makes high scores harder to achieve. So, anyone hoping to post 8 good scores (2 at least must be 10-mile races or longer) needs to get a few races under their belt by the end of May if at all possible. Horsham and Rye are especially good scorers.

By the way...if 8 races is totally impossible for you don't give up! 6 or 7 races may still get you a place in the individual competition and for our women that may well be good enough to get you into our top 10 for the team competition. 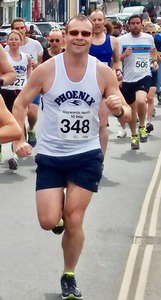 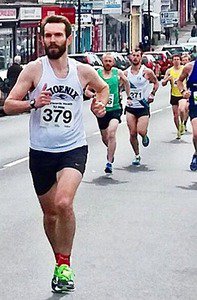 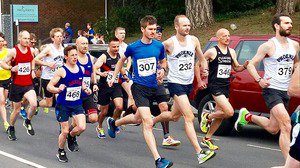 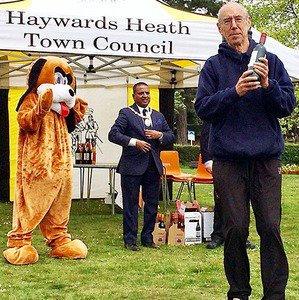 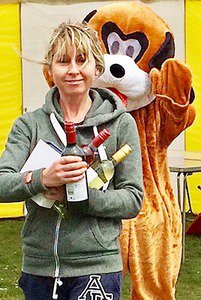 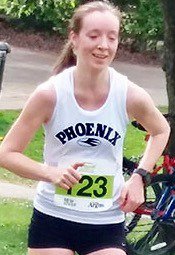 « Hot in the city Tri athletes »