Magnificent 7 at the Big W

The "Big W" on the downs above Kingston is a three mile series of steep ups and downs in the shape of (you guessed it) a W. The very steepness makes it challenging to run up or down.

We run this as a club event most years and the format is as follows: each runner estimates their time and is then set off on a handicapped basis. Since the course is looped, each runner can decide which direction to run it.

Just seven of us accepted the challenge and six of us chose to run in one direction with just Andy Bone (perverse boy) deciding to do it the other way round. We think he knew something the rest of us didn't though since he recorded by far the fastest time.

With a fifteen minute jog to and from the start, the event made a nice change from the usual Thursday run and we recommend it highly. Look out for next year's version.

Afterwards refreshment was taken at the Juggs Inn which served as race HQ.

Thanks to Andrew Neighbour for organising the run and to Richard Thompson for the photos. 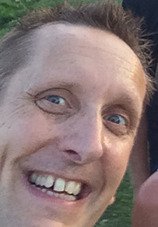 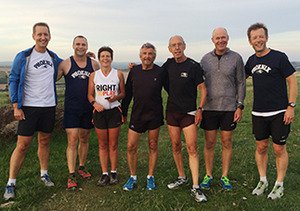 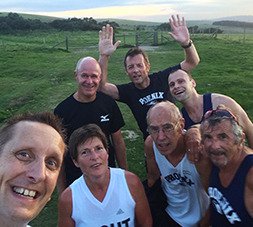 « Golds at the Southern Athletics Be your best....it might just be good enough!! »