While Charlie Grice was achieving his stunning 3rd place at the UK European Trials in Sheffield (3:48:34) the Masters and school age Phoenix athletes were off to the muddy slopes of Bexhill Down for the postponed County Champs. It was to prove a highly successful day for the club.

MASTERS CHAMPS
The postponement of the event meant that our entries had been halved come the day and judging by the small fields in all age groups, most clubs had suffered the same drop off. Such is the strength in depth of Phoenix that we still managed to field fifteen runners with full scoring teams across the age bands for the men and one joint team for the women's race. We were rewarded with our best medal result in years, the O60s, O50s and O40s men all taking team silver.

O40 Men 9,800M
The race was won by the irrepressible Robbie James of Lewes in 35:55. Donald Maclellan was first Phoenix man in 6th place (38:15). Great performance by Donald. With Andy Bone 18th, Nigel Herron 19th and Miles Davidson 22nd proving once again that good bunching pays off in cross-country, we took silver behind an excellent Crawley team. Jonathan Lamb backed up the scoring quartet with a creditable 30th.

O50 Men 9,800M
The race was won in 38:46 by Viesters Dude of Crawley who again took team gold. Phoenix's Bruce Warren ran a blinder for individual silver (39:30) and led the way for another team silver just four points behind Crawley. Mind you it was a close run thing with Horsham breathing down our necks and just three points behind. Brave runs by Mike Townley 7th and Malcolm Hughes 13th ensured we held our place.

O60 men 7440M
Run of the day was by Malcolm Kemp who came 6th in 37:25 taking some notable scalps along the way. Some indication of his form is that he was a mere 30 seconds behind the great Barry Blackwell of B&H. Brighton took team gold with the invincible Pete Witcombe winning in 34:49. Terry Avey 10th and Andrew Haig 11th rounded out the Phoenix team with Rik Taub 20th giving stirling support. Silver team medal again.

O35 women 6400M
The women (otherwise eligible for different age groups) opted to pool their resources in this one age group and, though last scoring team, were not that far out of the loop. Certainly they seemed to be enjoying the event enormously and how about this for bunching – 24th Hildi Mitchell, 25th Liz Halliday, 26th Kathryn Harnet. The race was won by Fay Cripps of Chichester in 27:45.

Thanks to Lance Bellers for the photos

SCHOOLS CHAMPS
A glance at the schools results – although not a club event, shows Phoenix athletes taking a disproportionate share of the honours. Archie Davis (Patcham) won the junior boys event by a convincing margin. Harry Swindells (Lewes Old Grammar) 17th, and Jack Etherton (Patcham) 27th, were other club memberrs we spotted. It was first and second for Billy White (Patcham) and Jake Alger ( Seaford Head) in the intermediate boys race. The senior race repeated the result with Will Durkin (Ardingly) taking the honours just 10 seconds ahead of clubmate Robbie Fitzgibbon (BHASVIC). 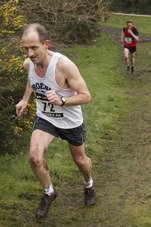 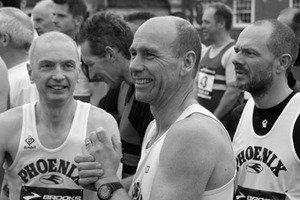 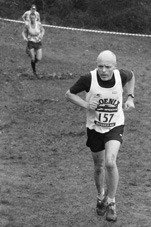 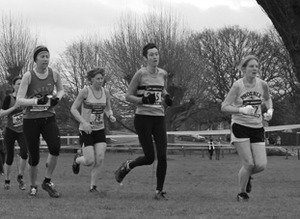 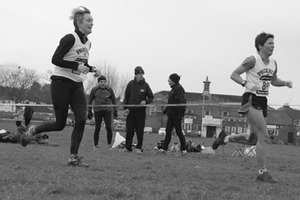 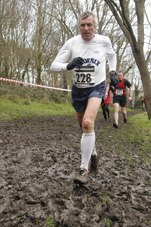 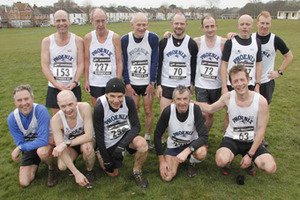