The Brighton Park Run records in recent time have been few and far between but with 3 Phoenix internationals lining up on the start line all in shape anything was possible, and we were not to be disappointed. After the first false start in a Brighton Park Run history, Ben Tickner took control of the race with a 2.50 opening kilometre. Sitting just behind him were Charlie Grice and Jon Pepper, with Will Durkin slightly further back. Such was the speed Tickner set up front with his aggressive front running style that he passed 3k in 8.33. Not far off at this point were Charlie and Jon working together to keep Ben in sight while cutting their way through the back markers. As Ben moved on to the last part of the final lap it was clear that he was going to take the record but he was not happy with just that and buried himself for an exceptional 14.30, some 20 seconds off the course record. When you get individuals of this talent running together it pulls everyone on, and Jon moving clear on the third lap from Charlie came home in 14.44 to go under the record and only 2 seconds behind and just 18 years old Charlie came in with a time of 14.46 also under the previous record. Massive runs on what is by no means an easy course. 4th in was Will in 15.56, another big break though for him taking 30 seconds off his PB and moving him well up the leader board At only 17 years of age, this shows that the youth development is working with great effect. (all receive Phoenix Honey Badger status)
Not to be out done by her husband, Flo Pepper had her best race back from a long layoff to improve her PB to 17.57 and go 7th in the all time rankings and top of the Phoenix rankings.

This means that Phoenix hold the 3 top positions at Park Run, 5 of the top 6 performances and 9 of the top 15 performances, not bad for a small club. 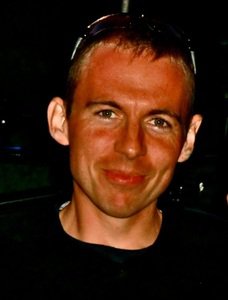